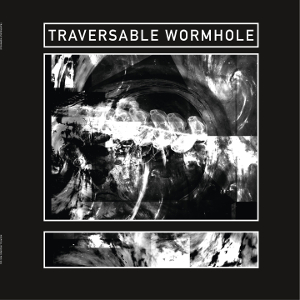 Admittedly, this latest twist in the saga seems less detached than before, with the US producer seeking to put a focus on his immediate surroundings in this world rather than on outer space. This is reflected on the artwork, with an X-ray superimposed against the backdrop of distant galaxies. Previously, the series had consigned its broken beat tracks to the B-side, but here “Sublight Velocities” is to the fore. The rhythm is brittle and the beats are lithe and fragile like china. Presumably the reason for its A-side prominence is the bass that starts off with bowel-quaking subs and drops before morphing into a searing wall of noise like black clouds in a dusky sky.

On the flip “Sublight Velocities” revolves around a straight kick but once again it’s all about the bass. On this occasion it’s frazzled and noisy – possibly an inspiration from Mitchell’s industrial releases? – and gnaws away relentlessly as he taps out a series of Morse Code bleep patterns. The end result is an arrangement that twitches and bristles unpredictably with the raw-form energy of ’90s techno. Having traversed the outer limits on previous editions, this latest Traversable Wormhole is undeniably a product of its environment on earth.

A1. Sublight Velocities
B1. Semiclassical Gravity