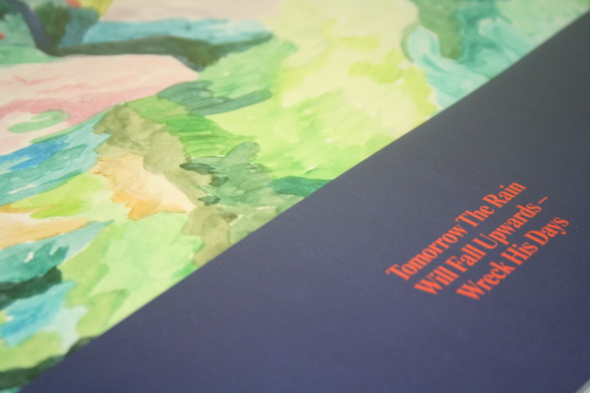 With the amount of ‘deep house’ floating the annals of Juno these days it’s easy to get lost in the all-too-familiar sound of elongated pads, chord progressions and traditional 4×4 rhythms associated with the genre. Pick a bar into Will Long’s first EP, which is part of a three-part series DJ Sprinkles’ Comatonse label will release this year, and it doesn’t take much to realise that Will Long has struck a chord so many producer fail to find, the deep chord. Terre Thaemlitz’ has spoken at length when personally defining what ‘deep’ stands for in house music, so for the Mississippi-born, Yokohama-based Will Long to earn a place on his label, there’s no doubting the ingredients inside the music hit a sweet spot when substance is concerned. To be fair, Long’s tracks here are paradigmatic of Sprinkles Midtown 120 Blues LP from 2009, with her over dub of “Time Has Come” from this EP harking back to “Grand Central, Pt. I (Deep Into The Bowel Of House)” thanks to that huge bassline. So would it, then, be criminal to call Purple/Blue minimal? Yeah, why not.
Listen/buy vinyl 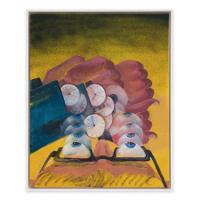 Polish maverick Lubomir Grzelak has been nothing if not diverse, moving between all kinds of weird and wonderful approaches from his appearance on From The Depths through Where To Now?, Transatlantyk and Proto Sites. It seems as though he’s saving his wildest works for his own Dunno Recordings label though, stepping up with a 7” featuring two proudly odd collages that sound like the results of unbundling a sizable ball of unspooled tape and running it erratically back and forth over the head. “My Number One High” juxtaposes some rather lovely chiming tones with scruffy processing quirks and funny speech skits about a love of music, and while it comes on like something of an interlude track, it actually has quite a profound effect. “Take Me Down The Dunes” meanwhile heads further out into the wilderness, confirming this as a release for the sonically curious.
Listen/buy vinyl 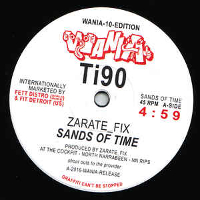 Generally known as an outpost for more esoteric fare within the Sex Tags Mania microverse, Wania strikes up its first release of the year with DJ Sotofett facing off against Thug Records founder Zarate_Fix. The title track is a simmering, mystical beauty that rides on a slow beat and places the haunting vocals at the forefront. It’s quite hard to pin point the origin of the delivery, but it hardly matters when the music is so captivating. Meanwhile Sotofett presides over the B-side with an even slower offering, conjuring up a death march mood with an unrelenting bass synth and plenty of uneasy tones pumping away over the top. It’s a daring record that seems less concerned about inspiring the dancefloor and more about stirring the senses, upholding the Wania tradition in fine style.
Listen/buy vinyl 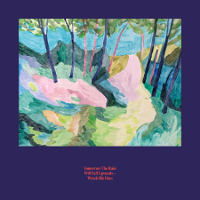 Following an initial outing on 10” back in 2014, the catchily-named Tomorrow The Rain Will Fall Upwards return with an album that expands their eerie, engrossing sound across seven beautifully rendered tracks. Theirs is a rich confection that draws on instrumentation wielded with post rock elegance, although through generous lashings of reverb it’s less a traditional band dynamic but rather a majestic swirl of drone with certain accents breaking through the mist. “Ay Carmela (Mujeres Libres)” is an exception to the rule, coming on as a tender Latin folk song, while closing title “Rosa/Kollontai” is a more winsome vignette, but the real appeal of this album lies in the strafing textures and carefully managed majesty of the instrumentation to be found on the majority of the tracks.
Listen/buy vinyl 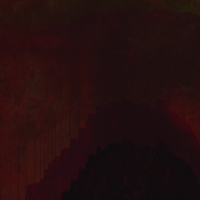 Out of the obscure folds of German electro comes a project that has lain dormant since 2010. Formed of Solar One founders SLF and The Exaltics, the Crotaphytus project had previously been confined to self-released CD-Rs for a limited audience but now their gloomy ambient sound is being re-framed thanks to an outing on Seattle powerhouse Further. It’s a natural home for the duo, whose approach is still redolent of their more electro-minded output. The synths are gluttonous analogue beasts, except here they drift and moan where on an Exaltics record for example they might punch and thrum. There are beats to be found, as on the wonderful “Iguana Delicatissima” which comes over like a classic bit of Skam-flavoured electronica, but they’re playing second fiddle to the wonderful, dense bath of pads that bleed out of this highly recommended collaborative project.
Listen/buy vinyl

Twenty years and still holding it down like few other French labels, Versatile have every reason to toast where they’re at right now. This vinyl sampler features four of the finest gems from their compilation, which are notably exclusive versions or straight up fresh jams bar Zombie Zombie’s cover of New Order. Gilb’R and DJ Sotofett got together last year for a single, and “Foliage” here gets some additional “live jazz” treatment from DJ Sotofett and makes for a trippy, loose freakout in the process. I:Cube’s “VVV” is a tense, finely honed piano house jam for moodier moments, and John Cravache’s “Le Desir De Rester Petit” gets remixed by Cubo into an eerie affair that works an infectious ring modulated bell tone over a sharp 4/4 groove in a most spellbinding of ways. These are workable club cuts, but they’re also show-stopping moments in their own right, upholding the reputation of Versatile impeccably.
Listen/buy vinyl 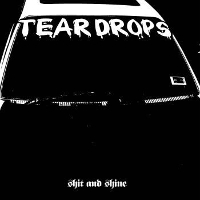 For many, this latest Shit & Shine LP will be the closest you’ll get to experiencing a Texan grindcore gig in full flight, and the whole album sounds like it was recorded in the ticket booth of a dive bar in Dallas. Hopefully inciting some Vans waffle-sole moshing in the process, seriously hardcore tracks are found in “Bc Rich Celtic Virgo” with its disturbing, blood curdling screams, to the walls of noise in “Schecter Omen Extreme 6”. Once your ears do acclimatise to brutal sonics of Teardrops, tracks like “Jackson Warrior” and “Kramer Baretta” make all the more sense and become slightly more palatable. “Kramer Striker” is perhaps one of the more experimental, sludge-coated recordings on the LP while “Ibanez Destroyer” is a proper head thrasher. “Aria Pro 2 ZZ Deluxe”, meanwhile, is a doom-laden monster to finish on. Something to play the neighbours next time you’re told to turn it down or a way to let your parents know puberty is taking its toll.
Listen/buy vinyl 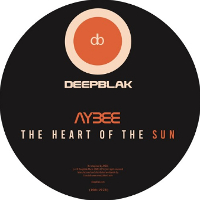 One-sided vinyl releases are quite the statement; if they don’t hit the spot they’re about as useful as a toddler’s chewed up dummy – landfill. Debuting on Prescription back in 2004, Berlin-based Armon Bazile, aka Aybee, has been around for long enough to know what’s worth such an indulgence and a 10-minute bassline burner by the Deepblak boss apparently is. In a DJ’s record bag, the succulent orange of this 12” will stick out like a fresh piece of fruit waiting to be juiced, with boomy warehouse vibes only adding to the flavour. It’s a heavy track with twists and turns that holds its tension the whole way through, and something that will appeal to fans of Marco Shuttle’s earlier work like The Vox Attitude and Will Long’s Purple/Blue EP discussed above by the way of DJ Sprinkles Midtown 120 Blues.
Listen/buy vinyl 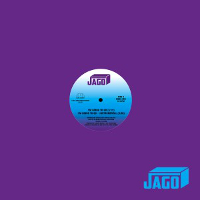 With a heavy shipment of Dark Entries records filling our warehouse this week, it’s this reissue of 1983 Italo classic “I’m Going To Go” that we’ve cherry picked for This Week at Juno; pipping the melancholic dance of Wanexa’s The Man From Colours (think “Spacer Woman” vibes) and selection of Coldwave reissues to the post. It’s a track you can image blowing the roof off NYC Downlow at Glastonbury this year, with Frankie Knuckles’ Plant Mix a beefier alternative to a mellow instrumental. Its summer drop adds to the merriment of the release and it’s a record that will dominate Croatia’s myriad of booze cruises and festivals this year.
Listen/buy vinyl