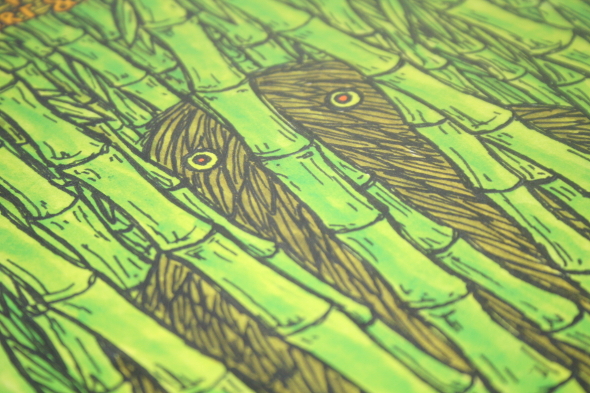 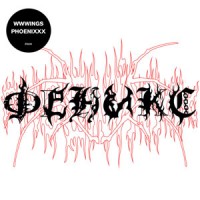 Born out of the mulch of online collaboration, Wwwings is a project that purportedly brings together a disparate trio of artists from far-flung reaches of Russia and Ukraine. Indeed the sound on this debut album is a melting pot of modern culture, loaded with samples, noise and lashings of bass. There’s a punky spirit of confrontation in tracks like “Era” with its contorting digital snarls and stop-start dynamics, but equally there’s a deft touch in the production which aligns this motley crew with the likes of Rabit, Night Slugs, Visionist and the experimental grime vanguard. It’s easy to see why Planet Mu would be swayed by such a vital, youthful sound, as it echoes the label’s adoption of juke and footwork, and dubstep before that, but there’s equally something unique about the particular paste that results from this internet-borne project.
Listen/buy vinyl

While there might be a lot of different music released on Optimo Music, this EP definitely captures the essence of what makes JD Twitch tick when it comes to signing music. More than that, it’s no surprise to learn that Pussy Mothers is a project born out of the Green Door Studio, as this EP is dripping with that warm, fuzzy funk that has already made acts like Golden Teacher such an inviting proposition. While some of the textures and tones might be experimental, there’s still a strong sense of groove at the heart of the Pussy Mothers sound, while the deadpan vocal turns on the likes of “Echo Party” call to mind the finest post punk frontwomen. “Get Them In Front Of Me” is surely a highlight of the record, deathly slow and completely irresistible, underpinned by a bassline cosy enough to wear in the Scottish winter.
Listen/buy vinyl

Footwork continues to be a hotbed for exciting, innovative sounds in club music. The likes of Traxman and JLin have shown a wider vision for what kinds of sounds can be applied to the angular sequencing that defines the genre, and DJ Earl too has proven to be one of the great exponents of the creative potential within the genre. In many ways this is due to allowing influences from outside to infect the process, and so you end up with tracks like “Smoke Dat Green”, which is an absolute dream to listen (and no doubt footwork) to. Across this, the second release on Teklife, the legacy of the late Rashad is being carried forward on a label he never got to see realised. Earl has just the right balance, staying true to the sound while pushing on to test its limits.
Listen/buy vinyl 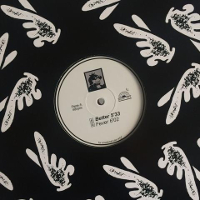 Compared to much of the woozy, smokers house music you can expect to hear from some of the Mood Hut protagonists individually, this new single is an unabashed slice of disco’d-up party fodder with designs on your record bag. “Better” is certainly a blissful jam based around a Gladys Night & The Pips track that will want airing before the nights turn cold, not least for the parping trumpet line that sounds best suited to a sunkissed terrace. Meanwhile “Fever” takes the deeper approach, working the bassline for the first third in a mean throwdown replete with rattling percussion that will juice the limbs up perfectly for when that piano comes chopping into the mix. Of course there has been plenty of evidence of the Mood Hut love of disco in previous output, but nothing comes close to loud and proud, shoulder-shaking good times music quite like this joint.
Listen/buy vinyl

Most would probably know J Kenzo for his releases on Tempa, Roska Kicks & Snares and Argon – labels that have flown the flag for dubstep and its subsidiary forms in the UK. His approach commonly has a high-end modernist sheen to it, which makes this appearance on ZamZam Sounds quite a surprising one. “Without” is a natural fit on the Portland label, all stripped down meditative stepping with an understated sound palette that aligns with some of the output from Bristol’s Ishan Sound. Meanwhile, “Within” displays a little more of the studio gloss that Kenzo has brought to more ravey situations, not least in the fulsome lead synth line. However, it’s still a patiently paced head nodder that comfortably stands up to the caliber of ZamZam’s discerning taste in dub, marking an intriguing diversion for the producer.
Listen/buy vinyl 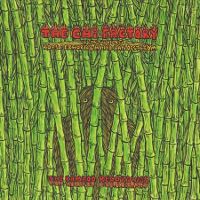 London’s Astral Industries are breaking the world of CHI wide open following a tip off by DeepChord’s Rod Modell which lead to the reissue of the cult Dutch group’s Original Recordings. After DeepChord and Wolfgang Voigt remixes of German minimalist composer Peter Michael Hamel, the label has exhumed The Chi Factory from the deep abyss of rare recordings never released. A collaboration between CHI members Jacobus Derwort and Hanyo van Oosterom, The Chi Factory sees the pair revive their respective “Bamboo” and “The Kallikatsou” recordings from the 1980s. In a truly fourth world listen that will appeal to Jon Hassell and Brian Eno fans the world over, Astral Industries archival release of The Bamboo Recordings sources its sounds from the caves of the Greek island Patmos, and therein analogue instrumentation, island-made flutes, manipulated clarinets and percussion lies Sufi chanting, Fulani storytelling to vocal samples of Hopi elders and Tibetan monks. With each track clocking in at just under 20-minutes too, Astral Industries have delivered another quality long player.
Listen/buy vinyl 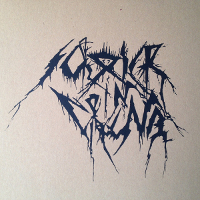 Notions that there is no longer an underground are defiantly kept at bay by Nina and Tobias Duffner’s V I S label, a platform holding steady out of Hamburg that’s supporting experimental and uncanny electronic sounds. Naturally, not much information on the artists they work with can be found, with Hamburg entity SPR delivering V I S its debut release which Tony Poland described as sounding like “Shackleton in a particularly bad mood.” The same could be said here about Richie Hawtin and the third untitled A-side cut from Schiech In China; it’s the only track that features anything slightly resembling drums, with subtle trickling percussion teasingat your ears like a dripping tap you can’t find. The EP overall is a medley of dry, pulsating electronics and murky drum patterns that sound like bugs crawling over a buried power plant, and for a full cinematic experience of that aesthetic, Schiech In China’s 20-minute B-side is the one.
Listen/buy vinyl 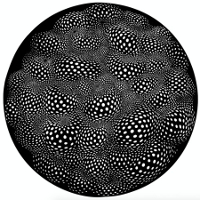 Lullabies For Insomniacs was spawned from a radio show label founder Izabel Caligiore used to host on Melbourne radio station PBS. Caligiore’s growing platform has hosted mixes from Chee Shimizu, Donato Dozzy, Different Fountains and Zoviet France among many other recognisable names (including our own writer Flora Pitrolo). The associated Lullabies For Insomniacs label was inaugurated this year by Japan’s Sugai Ken. Based out of Kanagawa, Ken’s watery On The Quakefish LP was a frolic through neon lit, new age ambience, workshop field recordings and wind chime, vibraphone tones. Roger Berkowitz’ Unearth Noise project conversely delivers Lullabies For Insomniacs a second release in an album that sits on the opposite side of Ken’s hopeful aesthetic. The minor, Eastern melodies and doleful emphasis of Prayer & Resonance incorporates sitars and synths into the mix, presenting a 16-track, double LP that sweetly flirts with both the morose and dispirited and melancholically playful. A soundtrack for Autumn.
Listen/buy vinyl 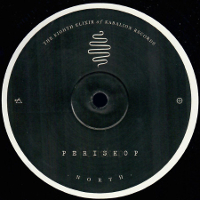 Had you missed out on Periskop’s immense Immerse LP Hypnus sub-label Kabalion released last year, now’s the time to submerge your ears into the foreboding sink hole of Danny Kreutzfeldt. Periskop is the Danish sound artist’s submarine inspired alias which has just begun to surface on the vinyl medium thanks to Sweden’s Kabalion following a bevy of digital release on Periskop.cc that date back to 2008. Immerse was a collection of sub-aqueous ambient tracks recorded between 2000-2008, and while North presents two more sunken monoliths of ambient sound design, the B-side delivers two deeply rhythmic, drum-led productions that lead into that nebulous dimension of techno usually associated with saturated sounds of Mike Parker and Giorgio Gigli to the Frozen textures of Northern Electronics. Taking the sound of deep sea techno to a new low.
Listen/buy vinyl 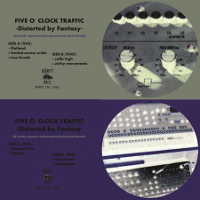 Fantasy would find a release on Börft in June. Living up to his name, Five O’Clock Traffic is running late, but what’s another few months when it’s been three years since his last release. The Let Us Leave To The Machine What Belongs To The Machines EP from 2013 is still one of this editorial’s favourite Börft records of recent times, and, where happy to report, this nine-track Distorted By Fantasy LP goes the distance in matching the drubbed antics of the past. Tracks like “Flatland” and “Limited Access Order” from the A-side are what you could call trademark Five O’Clock Traffic beef; both of which are underpinned by the fattest sounding kick drums you’ll hear this side of Sweden. Further into the LP and tracks like “Pleasant Isle” send Wendler’s programming skills toward something more linear and traditionally house sounding where low fidelity aesthetics are concerned, and for that funk bomb you’ve been looking for, check out “Coral D”.
Listen/buy vinyl