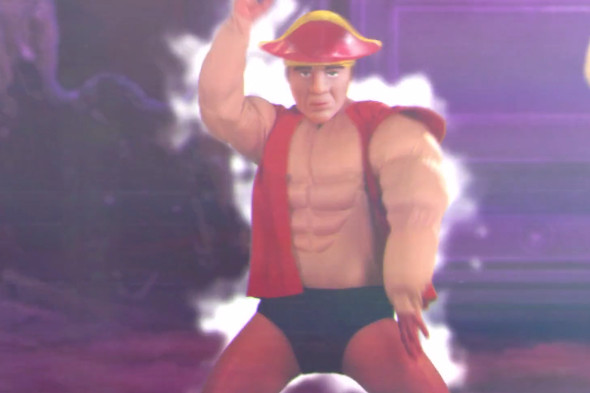 Spread Motion have created a Berghain-inspired video to “Jericho Flats” the Dutch producer.

Back in March Pinkman Records released an album of techno, electro and acid jams from the ever-prolific Drvg Cvltvre. The artist otherwise known as Vincent Koreman has been flinging out material left, right and centre with a consistent hardware bent and a range of labels that he calls home. Into The Endless Night is the first of Koreman’s albums to make it on to vinyl, with many previously self-released digitally on his New York Haunted label, and as such it seems that they wanted to commemorate the release with a meaningful visual accompaniment.

The D1 track “Jericho Flats” is a typically tough affair, but it’s been given a positively cheeky treatment by Dutch motion design team Spread Motion, who reportedly trawled flea markets and eBay on the hunt for ‘80s action figures to pit into a brief but epic saga. The team themselves nod to Berlin’s premier den of iniquity as an inspiration for the club scene ‘Captain Gnarlock’ finds himself in, although you don’t need them to point it out when you see the muscular toys flexing their most awkward moves on the dancefloor. Highly recommended for any lover of techno and ‘80s cartoons, and available to stream in full below.