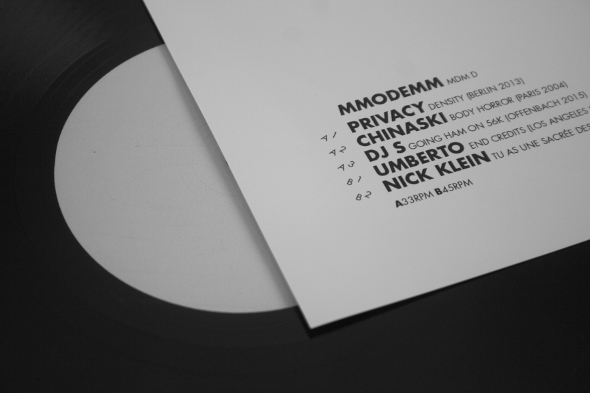 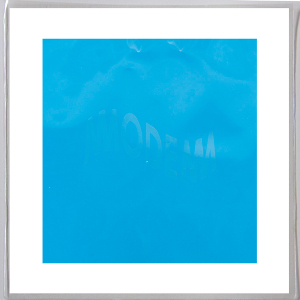 Fortunately, it seems as though the powers that be at the label have decided to invest in a vinyl edition of the excellent MDM D, which originally came out last year. Whether any of the other releases will follow suit remains to be seen, but for now it provides an opportunity to re-evaluate five tracks that instantly obliterate any media gripes through their sheer presence. This is music that doesn’t need to reinvent or innovate, but rather perfects an existing standard, and each track is worthy of examination.

Privacy makes a powerful start with “Density”, charging out of the gates with an urgent jack that rides atop a grinding digital bass tone as funky as it is gnarly. In a world besieged by dirty house and techno tracks, it’s crafted to immediately prick up the ears and it’s all thanks to that low-end thrum. Everything else piles in to perfection, not least the space age pad and insistent, gently distorting bell tone that drifts back and forth in the mix. There is no great mystery here, just a perfect balance of elements to make a gloriously dark, nasty techno burner that should strike a chord with lovers of The Hague sound.

Chinaski, also to be found lurking around Uncanny Valley and Live At Robert Johnson, too has a set of drums built to trigger muscle memory, but that perhaps does a disservice to the pneumatic quality he has worked into them. Really though, the stars of the show here are the melodies, coming in sweeping, romantic tones that make for an interesting foil to the spit n’ sawdust energy of the percussion. It’s no mean feat to load up this much bombast, especially in the breakdown, and avoid drifting into saccharine emotive nonsense.

DJ S, sometimes also spotted out and about as DJ Slyngshot, takes a more subtle route, even if the track still packs plenty of grit. A good half of the track is just heads down, swinging groove – well built, sporting a rugged charm but no more than a drum workout. However at the midway point the whole composition opens up, initially with some displaced vocal cries and then eventually giving way to some fantastic (not to mention dusty) horn samples. These accents are bathed in a swirling pad tone which lends a hazy, dreamlike quality to the track, while that hard-funking beat bumps away underneath. It’s wonderfully dualistic, proudly odd, and utterly fantastic.

Umberto takes perhaps the most derivative approach on the release, sporting his wave influences proudly across “End Credits”. It’s fortunate though that he knows the right moves to make, employing a fair amount of dub processing to lend space and a sense of eeriness to the mix. The synths strut and prowl just like they’re meant to, and the overall atmosphere is an enchanting one, but it falls short of the head-turning delights to be found elsewhere on MDM D.

Nick Klein rounds the release off with a stubborn affair that comes from the grim, monochromatic side of machine tinkering. “Tu as une sacrée descente” is an unforgiving piece that languishes in a loop of grotty, amelodic tones and a spartan beat, seemingly performed live if the wobbly level swells are anything to go by. It’s certainly not a disagreeable loop, but not one that requires five minutes with little variation – the tweaking that takes place in the final minutes suggests that a little more time spent arranging the parts would have been more than enough to make for a hulking industrial techno beast.