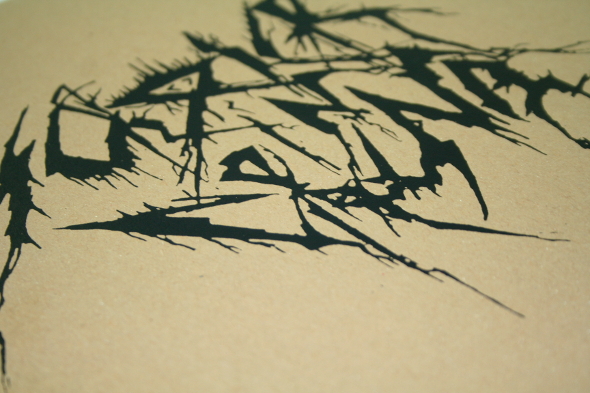 Even for those in the know, the Scheich In China project from ex On-Brr man Philipp Meiers is amongst the city’s best-kept secrets. Having gifted us four releases since 2014 (two on another pivotal Hamburg hub, Hafenschlamm Rekords), the artist’s first on V I S feels like a meeting of minds. The rusted darkness of this collection, poised somewhere between Alessandro Cortini and Christina Kubisch, sounds exactly like what you’d want to hear on a deeply emotional Püdel night. Concise and concentrated yet wide in its scope, the record comprises of only four tracks, organized strategically so that on side A, three beautifully monotonous rhythmic drones sit next to each other and on side B, the listener is disarmed by a 20-odd minute valley of field recordings manipulated to their core.

The album opens with a killer on the minimally titled “A1”, a porous granular odyssey that feels like a walk through a pyloned landscape heard as if through electromagnetic microphones: bursts, simmers, patters and palpitations of fleeing electrical dust through a slow, straight beat, like some kind of industrial alarm. Through side A Meiers’s maniacal awareness of texture bends and lends itself to dancier rhythms: on “A3” things have grown into the inorganic reflection of a quasi-tribal rhythm, harsh to the body yet spiritually neutral. The magisterial “B1” is a torrent of fuzzy but extremely condensed tape textures, punctured by alien synthesised whirls, by changes in tone, by strange and estranging fractures in tempo and density. It leaves you completely haunted and full of wide-eyed, spooked focus.

Scheich In China’s music is nocturnal, dense and dirty, but above all, this is a serious record, the expression of a reassuringly sick sonic imagination devoted to crafting an ever-surprising and carefully constructed experimental techno. They say Meiers is a beekeeper: he certainly knows how to sting.