The Pilotwings to release new album on BFDM 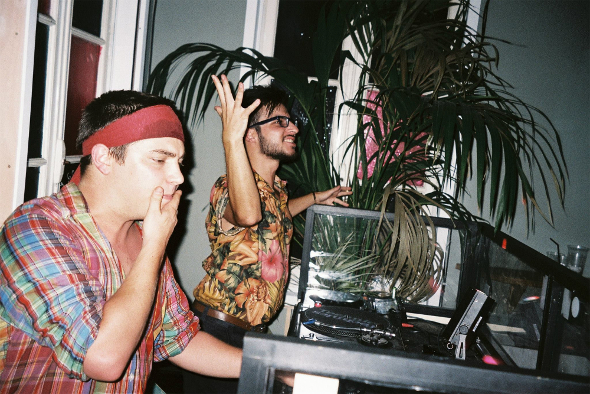 Les Portes Du Brionnais will arrive on the Lyon-based label in September.

First surfacing in late 2014. Lyon’s Brothers From Different Mothers label stood out thanks to a clearly defined, DIY visual aesthetic married with some odd (and times contentious) release titles and a musical approach that jumbled together all manner of genres and stylistic tropes. The Pilotwings pairing of Guillaume Lespinasse and Louis De La Gorce (pictured above) kicked off BFDM with their own debut offering, the Agorespace EP, and since then the label has ushered in several more unheralded names across their multi-format output. You could say label boss Judaah Delajungle has cultivated a family vibe with Brothers From Different Mothers that is comparable to their Parisian neighbours Antinote.

Earlier this year, The Pilotwings duo Lespinasse and De La Gorce had a brief flirtation with another Paris label, Macadam Mambo, releasing a mini-album called Une Nuit Au Boxboys that sounded like an amped-up Soichi Terada. A debut album proper from The Pilotwings will now land back on Brothers From Different Mothers next month in the shape of the 11-track Les Portes Du Brionnais. Arriving with some artwork that superbly riffs off many a ’80s pop posterboy duo, the album features music Lespinasse and De La Gorce have recorded in the past year or so and should fit snugly within The Pilotwings goofball approach to house music. 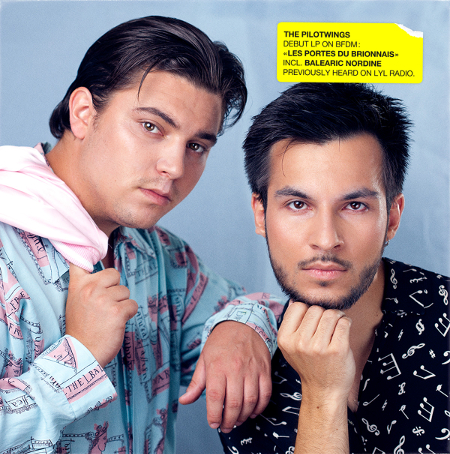