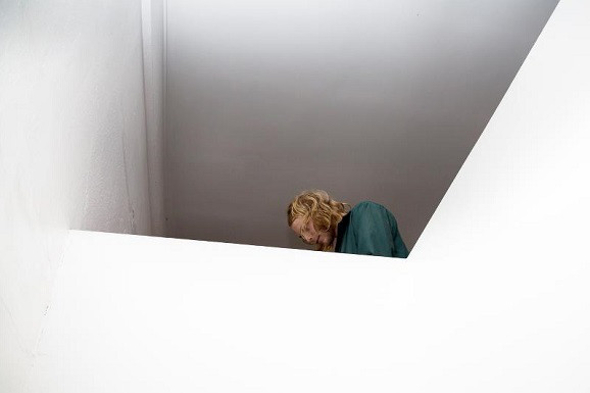 Félicia Atkinson and Bartolomé Sanson’s label welcomes in the sounds of Alexander Gray.

Said to be based somewhere in the French Alps, Shelter Press is a most intriguing label thanks to its sphere of artists and range of ambient, avant garde to spoken word sounds the label purports. Shelter Press co-founder Félicia Atkinson’s collaborative album with Jefre Cantu-Ledesma has been a favourite among our editorial this year while Kassel Jaeger, Stephan Mathieu and Akira Rabelais’ two-track ‎Zauberberg LP is another recommended listen from the label’s 2016 discography. Since surfacing in 2012 with Pete Swanson & Rene Hell’s split Waiting For The Ladies LP, the label, with the help of Bartolomé Sanson’s graphic direction, has put out music by the likes of Keith Fullerton Whitman, High Wolf (aka Black Zone Myth Chant), Stephen O’Malley and Students Of Decay label founder Alex Cobb, with Atkinson’s own music a strong aspect of the label.

Shelter Press now welcomes in the sounds of Sun Araw associate Alexander Gray, a Los Angeles-based producer who’s most recognised for his music under the names Deep Magic and DJ Purple Image. Releases under those aliases have come through Leaving Records and Australian cassette label Preservation and now his irregular D/P/I project finds its way to Shelter Press with the Composer LP. Gray explains, “Composer” is an album of rhythms that, once started, eventually completed themselves without much input from the ‘composer’,” adding, “this isn’t a “techno”, “experimental”, “abstract”, “dance”, “IDM”, or any “genre” of album.” For an idea of what that might sound like, streaming below is the album’s closing track, “Pattern/WAYTA?”, which sees us draw comparisons to the sounds of Mark Fell’s work as Snd with Mat Steel.

Shelter Press will release Composer by D/P/I on September 9.