Whilst we await details of a mooted debut An-i album from Doug Lee on Cititrax, the label follow a recent debut of The Hacker’s Amato project with the announcement of a new artist in the shape of Montreal musician Marie Davidson. Recently seen on another NYC label, DFA, as part of her Essaie Pas collaboration with Pierre Guerineau, Davidson has been a prominent figure in the Montreal music scene for some time across numerous projects. Last year she appeared on Giallo Disco with synth veteran David Kristian for that superb DKMD 12″, whilst Davidson’s Les Momies de Palerme collaboration with another Montreal mainstay, Xarah Dion, dates back to 2007.

Outside of this collaborative work, Davidson has been crafting solo productions for the past four years, pairing up a classic wave concoction of synthesizers, sequencers and drum machines with her half-sung, half-spoken vocal delivery that switches between French and English. Having released two albums in the space of two years, Davidson joins the Cititrax fray for the Adieux Au Dancefloor album which is described as her “first fully dancefloor-oriented piece of work.” Consisting of nine tracks spread over 45 minutes, Adieux Au Dancefloor is due in October and fits in snugly alongside recent Cititrax output on the basis of the clips over at the Minimal Wave site.

LA-based photographer Corrine Schiavone – recently highlighted for her work on a Dark Entries record – lends her talents to the artwork for Adieux Au Dancefloor, with Cititrax opting to press the album on 160 gram white vinyl. 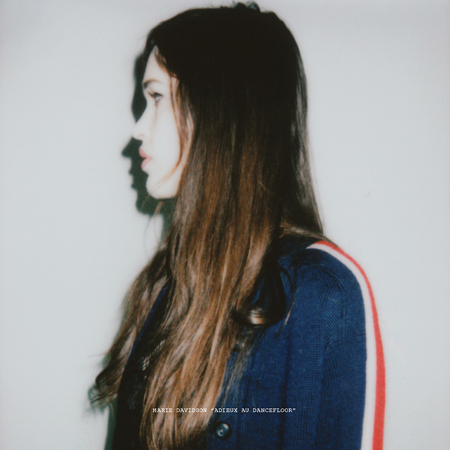 A1. I Dedicate My Life
A2. Interfaces
A3. Naive To The Bone
A4. Denial
A5. La Femme écarlate
B1. Good Vibes
B2. Inferno
B3. Planet Ego
B4. Adieu Au Dancefloor