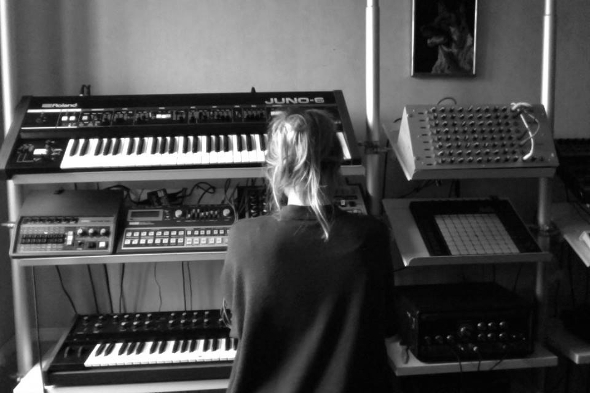 Beginning life as a series of parties circa-2012 featuring Juju & Jordash, Traxx, Das Ding, Rude 66 and Veronica Vasicka, Amsterdam collective Knekelhuis have embarked on a programme of steady growth encompassing a booking agency, Red Light Radio show and record label. The latter was inaugurated by a Pagan Sector 12″ from Legowelt and Cliff Lothar, and Knekelhuis have adopted an adventurous approach ever since; dipping into cassette compilations, joint releases with Bordello A Parigi, one-off 7″s and most recently a LP of industrial edits from Contort Yourself’s Murray CY. Once the Summer passes, Knekelhuis will return with their fifth offering which invites you into the sonic world of Rennes-based musician Laurène Exposito.

Exposito oversees the Waving Hands label, a delightful DIY operation that happily puts out recorded hardware sets by Swedish artist Your Planet Is Next alongside reissued minimal synth oddities from the ’80s and fresh 12″ material from Minimal Wave artists Facit. Exposito’s own hardware-based minimal synth recordings as EYE have featured on a few Waving Hands tapes and now delivers her debut album, Sabine, for Knekelhuis. A video for the title track can be viewed below and should find favour with fans of Antinote’s Domenique Dumont LP from last year. Speaking on the album as a whole, Knekelhuis label boss Mark Van de Maat rather poetically told us, “it sounds like a breeze and a blast at the same time.”

Knekelhuis will release Sabine by EYE in September. 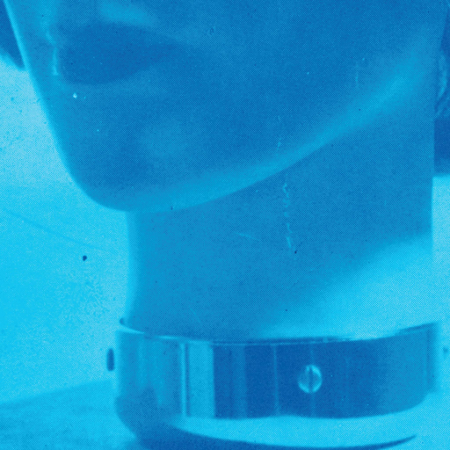