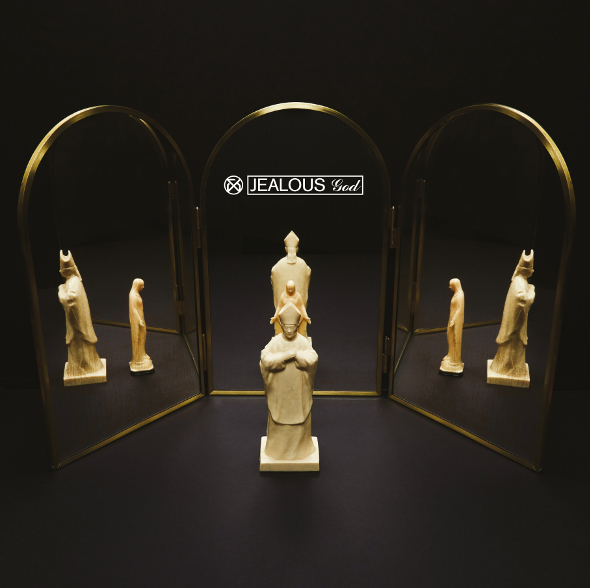 Alex Barnett’s side project is next in line on Jealous God as the platform draws ever closer towards closure.

The recent news that Jealous God was drawing a line under its achievements to date and close, or as they put it themselves, “draw the curtains in order to move onto the next phase,” was met with a mixture of dismay and excitement. The former sensation needn’t be explained given the music that has been released on Jealous God so far, but the excitement stemmed from the cast of names announced to contribute before those curtains get drawn. With the likes of Alessandro Adriani, Beau Wanzer, Pye Corner Audio and Silent Servant himself mooted it was all too easy to gloss over another forthcoming contributor in the ornately-framed Champagne Mirrors.

It transpires Champagne Mirrors is a side project of Alex Barnett, best known for his pair of albums on Blackest Ever Black as Barnett + Coloccia alongside American graphic artist, photographer and musician Faith Coloccia. Beyond that project, Barnett has a long history in the US underground, including an ongoing sting in Illinois dark ambient act Oakeater, whilst his most recent outing was a debut solo album on Jim Magas’s Midwich label. Barnett’s Jealous God bow as Champagne Mirrors is due later this month and takes shape as a vinyl reissue of the six-track Extended Communications Techniques tape he released on his own Scrapes Recordings label last year. You can preview the rhythmic noise of Extended Communications Techniques below, whilst Berlin Atonal attendees should spare time in their schedule for the Jealous God showcase which features Champagne Mirrors performing live. 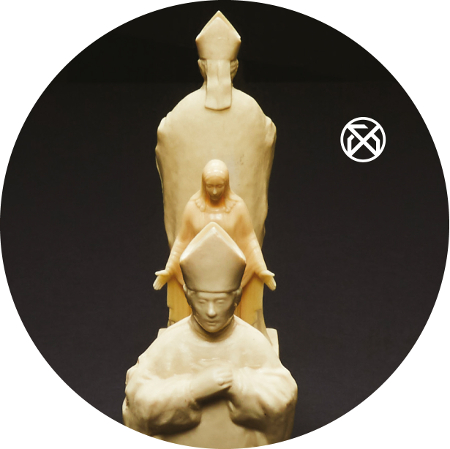