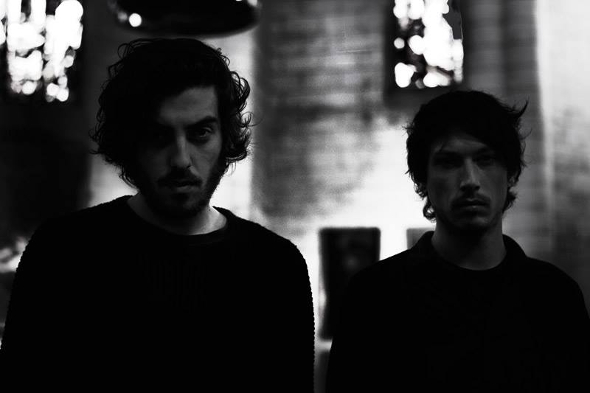 Forever a label willing to indulge the esoteric whims of their artists, Paris operation In Paradisum folllow the recent release of Mondkopf’s soundtrack to the film, Bridgend, with news of a full debut for the Tolouse-based Saåad duo of Romain Barbot and Gregory Buffier. Originally founded as a solo project for Barbot to explore ambient and drone textures some six years ago, Saåad some expanded to incorporate Buffier and they’ve gone on to make a sizeable contribution to the French experimental scene with some eight, cross-format albums. One of those came as a self-titled split tape release with the Insiden side project of Somaticae producer Amédée De Murcia, issued jointly on In Paradisum and Tolouse label BLWBCK in 2013.

Next month will see Saåad return to In Paradisum with their latest full length offering, Verdaillon, which is the end product of Barbot and Buffier being invited to perform at the 2014 edition of Tolouse festival Les Orgues. Granted two-days access to the Puget organ located in the Church of Notre-Dame de la Dalbad, Saåad composed a body of work for the festival that is now seeing a proper release through In Paradisum. A lengthy press release describes the nine-track album as “the testimony of a singular confrontation, from wariness to small miracles, setting to music the fleeting aura of the instrument.” To accompany the news, In Paradisum have granted us the debut airing of album track, “The Harvest”, which can be streamed below.