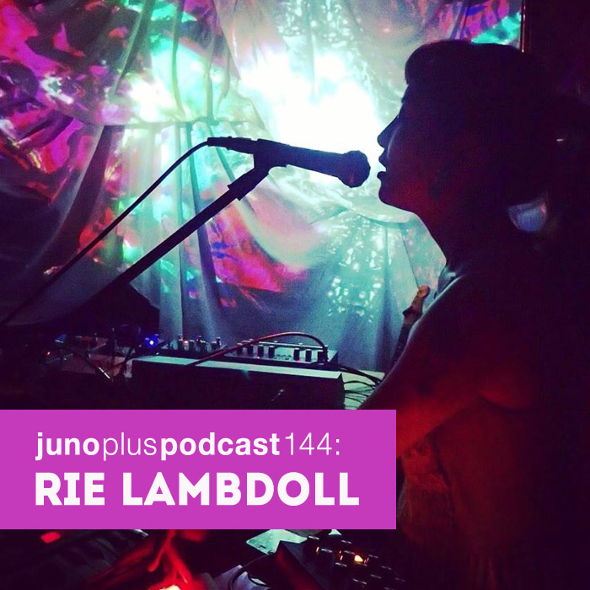 The Synth Sister and Crossbred member turns in an hour-long session of experimental electronics and techno.

After superb recent mixes from Haruka and Powder, our podcast series returns to Japan once more in the company of Rie Lambdoll, the Osaka-based musician who forms one half of acts Crossbred and Synth Sisters with MAYUKo. Lambdoll has seemingly played quite an integral role in the Osaka underground with prior involvement in sludge metal band Corrupted and experimental outfit Teresa11 in and around the same time she started working with MAYUKo on Crossbred. In the 12 years they’ve been active, Crossbred have delivered countless cross format releases of confrontational noise which stands in stark contrast to Lambdoll and MAYUKo’s smaller body work as Synth Sisters.

Earlier this year, famed digger Chee Shimizu did us all a favour in granting the sole Synth Sisters album, Aube, a vinyl edition on his 17853 Records label some two years after it first slipped it out on privately distributed CDr. Recorded in honour of the passing of noted Japanese noise musician Akifumi ‘Aube’ Nakajima, the album sees Lambdoll and MAYUKo deviate away from their own confrontational approach as Crossbred for a more mediatative ambient that betrays a clear understanding of ’90s acts.

We’ve become quite enchanted with Aube since its release on 17853 Records and discrete enquiries were made via Shimizu concerning the possibility of a Synth Sisters mix. We were excited to receive an hour-long solo mix from Lambdoll effortlessly veers from early moments of ambience to full pelt techno and back, ending aptly on a highlight of the Synth Sisters album. Lambdoll was kind enough to answer some questions regarding her various projects and the current state of Osaka’s music scene with Chee Shimizu equally applauded for his contributions as translator.

Hi Rie, how are things?

Thank you for doing this mix, what were your intentions with it when we requested one from you?

Originally I thought about trying to do mix with synthesizer music in a similar mould to our Synth Sisters album, Aube, but in the end I just went with my usual style of DJing that follows current moods and sounds. I knew I wanted to use the Riccardo Sinigaglia and Synth Sisters tracks at the beginning and the end, but otherwise, I just paid attention to keep the groove of synthesizer sounds expressed illusionary, and awakening. It felt good to use tracks from Iori and NHK yx Koyxen who are my respected friends.

Where and how was it put together?

I recorded it in my studio room by using all vinyl, with Pro-Tools as recorder.

How often do you DJ in clubs?

I do DJ, of course, but not so often as I am mostly performing live as Crossbred. So maybe once every three months or so? Sometimes I do a lot, and sometimes I do nothing. In any case, I like it. Also I am happy when somebody invites me to DJ.

We have become really taken with the Synth Sisters album, Aube, were you happy when Chee Shimizu got in touch about giving it a wider release?

Thank you. Yeah, I was really happy when I heard it from Chee. And I was very impressed when I saw Tokio Aoyama’s artwork on cover! Then, I wish Akifumi Nakajima’s fans could listen to it. He has a lot of fans in the world.

The album was dedicated to the memory of Akifumi Nakajima, how important has his work been to you and MAYUKo?

Sure. I was part of the Osaka-based band Corrupted when I was teenager, and the other members taught me a lot of unknown music from noise, drone and ambient acts. Nakajima’s Aube project and Merzbow were particularly influential. So far as I know, their music was totally different. Listening to it was like a shock to the skull, particles of sound going directly to my brain. It made me feel dizzy!

A few years later, Crossbred was born with MAYUKo, and she was also taken with Aube’s music when I played it to her. I decided to get in touch with Akifumi Nakajima to invite him to perform at one of our parties and we became good friends. Sometimes, he dropped by our gigs, and gave us his CD. Yeah, he was special and I admired him. I was astonished to hear about his death… However, I felt strongly that I should make a music funeral music for him. Then, I proposed to MAYUKo about recording our album Aube, for his memorial. 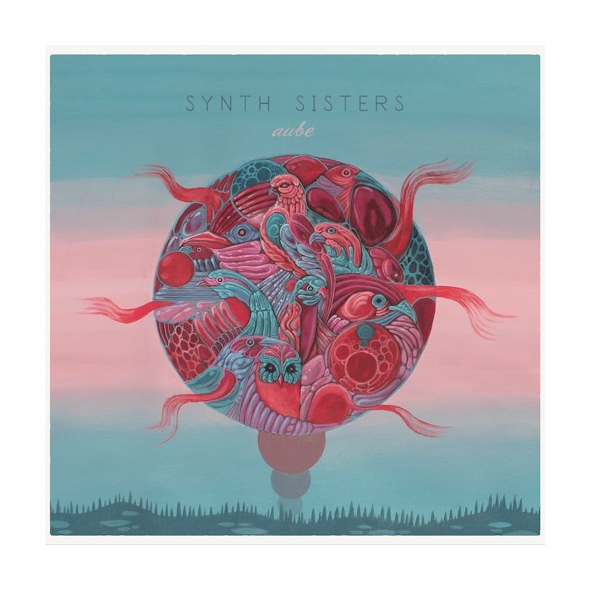 Could you give our readers some history regarding Crossbred? Where did you and MAYUKo first meet and what was your inspiration to start making music together?

We met at club in Osaka, when we both were 16 years old. MAYUKo had been dating a boyfriend who was the manager of a rock band my boyfriend was in. So we became friends quite naturally. We always played together in various bands with a lot of friends in a popular area of Osaka called America-Mura (American Village) until we both turned 21. When I moved to Tokyo to be a vocalist for a band called Freeman we fell out of touch, but after a while she called me and said, “hey Rie, I got a new synthesizer for free. Let’s hang out!”.

When I got back to Osaka, we played together using that synthesizer at MAYUKo’s place. That was the KORG Prophecy synthesizer MAYUKo is using at the moment. (She has replaced it twice.) It all began with this synthesizer. We used it up all the way, and recorded to tape, and mixed it using a MTR through effects and sampler at my place. You can see a reissue of the demo-tape we recorded at that time here.

Many night clubs in Osaka, where you are based, were raided by police in 2012 and forced to shut down. How do you feel this affected Osaka’s music scene?

Before that, everybody in the Osaka night club scene had feelings of unlimited possibilities and the raids made the situation totally desperate. I think the clubbing community became a bit divided and segmented after that as we were not able to do parties in big clubs and people started doing them secretly in smaller venues like DJ bars. But despite these hard times, the passionate people behind the scenes began to rise and survived doing what they wanted.

What did you do yourself to survive during this period?

I actually had a baby around that time, so my own musical activity was much less; I was performing maybe once a month. Therefore, the situation didn’t affect me so much but I felt quite insecure because my husband was working at a club as the sound engineer and it was hard to earn good money during this time. But, I was still continuing my musical activity. Some clubs invited me to DJ or perform live. Almost all the parties didn’t finish until the last train. So, I can do this whilst raising a child. Not bad.

Would you say this is why a lot of music from Osaka is not necessarily related to dance music these days?

Not all clubs in Osaka closed. We had a party at a small venue in Osaka that ran with little information. Sometimes, we partied until the early morning, which was of course a risk with all the regulations from police. Anyway, we are always related to dance music,even if it wasn’t the same as before.

What is next for Rie Lambdoll?

Now, I’m expanding my vision for new Synth Sisters recordings with MAYUKo in the next month. I’m also making music with an amazing rapper called Nagan Server, and I would like to release it in the near future. There are plans for an album to help Kleptmaniac, a beat maker and one of my best friends, who is currently under medical care. Hopefully that will come out in the winter. After all this is done I will concentrate on making music next year.

I appreciate the opportunity to discuss the history behind Crossbred, thank you so much!