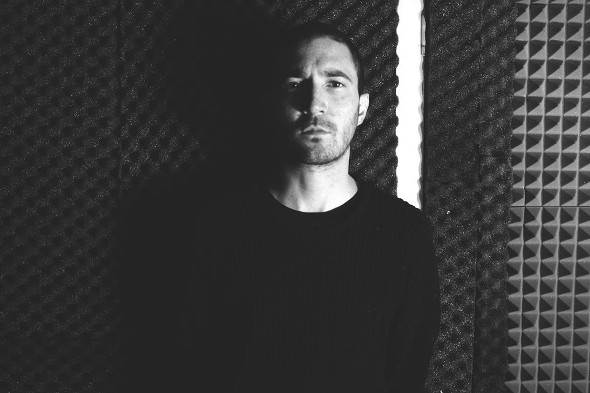 Last year marked something of a milestone for Jules Smith as he delivered his debut album on Skudge White after more than ten years of releases. Black Body Radiation was a powerful statement of a record, its muscular EBM-fuelled tones landing it squarely in our ‘Top 12 Albums of 2015’ list, described as “pressed metal and glistening muscle with the physicality of dance music but the engrossing narrative of a great rock album.” So far this year, Smith’s appearances as October have been in tandem, first with Borai on Necessary Force for Happy Skull, and then with Appleblim on Other Side Of The Sky for Tempa, so it’s high time we heard some fully-fledged solo material from the long-serving Bristol techno agitator.

This new run of October releases will be coming out exclusively on 10” on a label that is essentially without title. As Smith himself explains, “the label will be made up all of my own stuff. It’s more techno-related compared to the album, focused on club tracks and less experimental. Most of it is new material, some will be from the vaults, but they’re all straight-up weapons.”

The releases are all set to feature an insert, with the graphics being conceived by Smith and Graeme ‘Gramrcy’ Bateman. Rumour has it the next three releases in the series are all primed and ready to go, with a steady release schedule over the coming months (pressing plant interjections notwithstanding of course). For now, wrap your ears around the feisty samples available in the SoundCloud player below.

A1. Mantra Tantra
B1. Order and Cleanliness