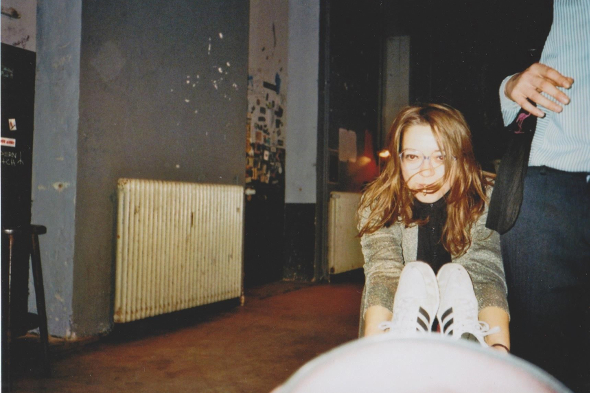 Cologne meets Düsseldorf on the latest remix from the Salon Des Amateurs icon – stream it here.

Cologne collective baumusik belongs among the rich tradition of those movements who are not bound by the traditional parameters of a record label. To date the baumusik catalogue has featured posters, live recordings, mixtapes, a flyer collection and digital EPs – all bound by a rather refined visual aesthetic. New music is the focus for the next baumusik transmission, specifically local Cologne act Colorists – a trio formed of Caroline Kox, Antonio d Luca and Fridolin Körner – whose Faust EP will arrive at the end of the month featuring original productions and remixes from some highy-regarded electronic producers. You can watch a video for the picturesque original version of “Faust” here.

Cologne luminaries Jens Uwe Beyer (PNN, Magazine) and Kompakt artist Gregor Schwellenbach are both involved but it’s the contribution of Düsselfdorf icon Tolouse Low Trax that really caught our attention. Detlef Weinrich has become a firm favourite here at Juno Plus thanks to his daring DJing at Salon Des Amateurs, work as part of Toresch and ongoing solo Tolouse Low Trax output so we are very happy to present the debut airing of his remix of “Faust”. Available to stream below, the seven minute remix finds Weinrich channelling a rather hypnotic groove and will certainly appeal to those taken by the recent Tolouse Low Trax 12″ on Themes For Great Cities.