The Mystic Jungle Tribe are heading to Capri 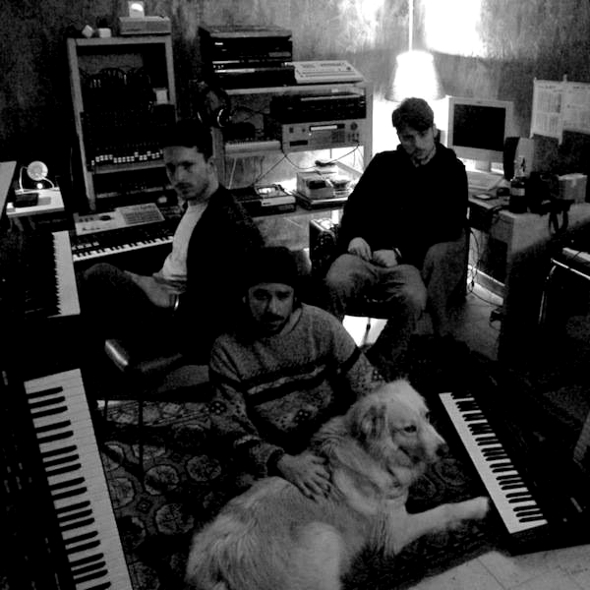 The Italian island is a source of inspiration for the new Qvisisana EP on Early Sounds.

We just can’t get enough of those ever-productive Early Sounds heads right now. It’s not that long since Whodamanny dropped a curious LP of sounds generated by a CZ-101 synth on Periodica and a 10” on Unthank, while the year started with Nu Guinea’s Tony Allen Experiments and an album from founding member Pellegrino. The rag tag collective of Italian artists may have disparate interests, but under the Early Sounds banner they are doing a fine job of building up a distinctly cosmic, funky brew that could almost serve as an Italian response to the hauntology scene with its retro-fetishist ways.

The ‘70s and ‘80s styles continue unabated as we herald the return of The Mystic Jungle Tribe (grainily pictured above with synths and dog) with a new 12” entitled Qvisisana. The group effort, which draws on the talents of Dario Di Pace (aka Mystic Jungle), Raffaele Arcella (Whoadamanny) and Enrico Fierro (Milord), previously convened for the in-demand Solaria album last year, and now they make their second outing with a five-track release reportedly inspired by the idyllic Mediterranean island of Capri. It’s the perfect jump-off point for grooves as smooth as these, the slinky mood offset by a fine sea breeze of psyched-out synth tweaking.Due for release some time in September, you can preview the Capri-inspired delights of Qvisisana below.

A1. Terrazza Sul Mare
A2. Sguardi
B1. Visioni
B2. Vespro
B3. Il Custode Delle Chiavi