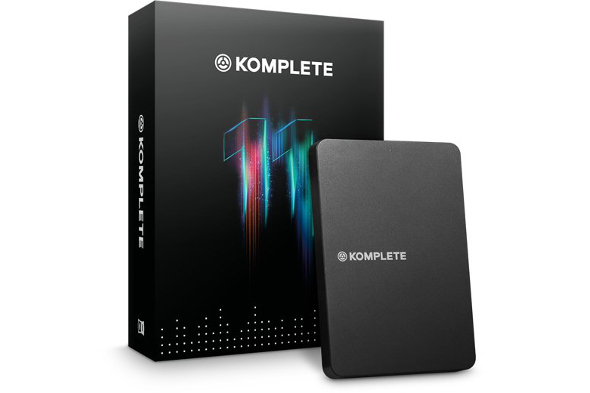 The Berlin-based developer’s latest all-in-one package of virtual instruments and effects has arrived.

It was 2014 when Native Instruments unveiled their Komplete 10 software bundle, a package which brought with it a new line of Kontrol S-Series keyboard controllers. Some two years later, following a bundle of updates and hardware accessories, Native Instruments have revealed that Komplete 11 is on the way and that it’s been bolstered by a restocked bank of virtual instruments and effects. Six new products have been added with a intriguing highlight being Jeremiah Savage’s developed Kinetic Metal, a new instrument and collection of unique metallic sounds and sources designed for “ethereal textures and tonal percussion,” while new granular synthesis plug-in Form has also been added, an application which allows any sample to be broken down into tiny grains and transformed into something new.

Furthermore, an updated version of digital modular synthesiser Reaktor has made the cut, as has a new technical delay called Replika and the Solid Bus compressor. The inescapable Nils Frahm has got his hands on the action too by helping develop the Una Corda prepared piano plug-in with David Klavins, while India, a new product from Native Instruments Discovery Series, is said to present a fresh collection of sampled percussion and melodic instruments and a “vast library of rhythms and scales for instant composition.” Komplete 11, overall, boasts 45 products, more than 13,000 sounds and 155 GB worth of instruments and effects, including Tim Exile’s Flesh “performance synthesiser”.

For information, sounds and demos, visit the Native Instruments website.