The Argentinian artist will release his debut album on L.I.E.S. in October.

The self-titled 12″ from NGLY issued on L.I.E.S. earlier this year brought the Argentinian producer back into the main fold of Ron Morelli’s expansive web of labels some two years on from his widely-acclaimed debut. In the period between those two releases, NGLY has popped up on some of the other L.I.E.S. offshoots; there was an early Russian Torrent Versions release as well the Swere collaboration with Flo Kupfer for the festive LIES-XMAS series. He also moonlighted under the name Glyn for the killer YouTube Rips 12″ on the 777 Recordings label operated by another Ron, the Berlin-based DJ Ron Wilson.

October will see NGLY back in the L.I.E.S. slipstream with the arrival of his debut album, the evocaticely-titled Cities of Illusion. Fans of NGLY breakout track “Speechless Tape” should be well served by the upcoming album as according to FACT, L.I.E.S. describe Cities of Illusion as a collection “that would have found its home at Medusa’s, Chicago circa 1990.” You can stream “Strange Expressions” from the album below. News of this debut NGLY LP comes with the label in rampant form with recent records from Vapauteen, Locks & DDM, and Silent Servant among our favourite L.I.E.S. releases.

L.I.E.S. Records will release Cities Of Illusion by NGLY on October 12 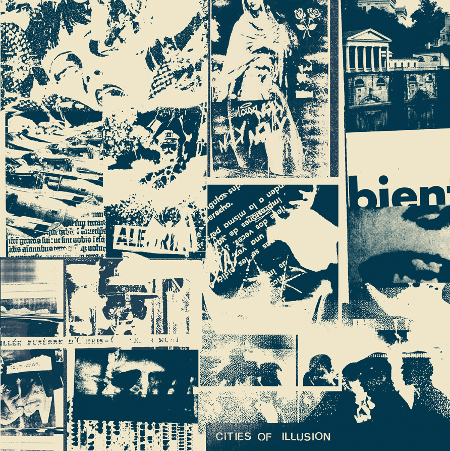