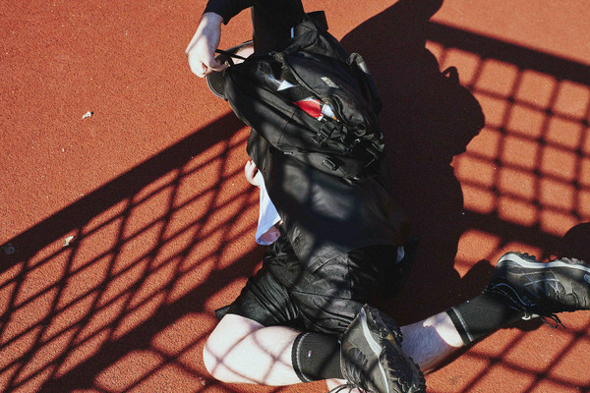 As The Low Hanging Fruit Vulnerabilities Are More Likely To Have Already Turned Up provides Rabit’s label with a sixth release.

It was around this time last year that Texan artist Rabit launched his Halcyon Veil label with a six-track record from South West Londoner Myth. In the time between then and now Halcyon Veil has put out music from the likes of Anthoney J Hart’s Imaginary Forces alias and Angel-Ho to new names in Mistress and Why Be, while the Conspiración Progresso EP sourced tracks from DJ Nigga Fox, Janus associates Bekelé Berhanu and DJ Hvad to a host of other obscure names floating deep within uncharted spools territory. Furthermore, the label’s series of cassette mixes is worth further investigation too, with Rabit delivering two including The Great Game: Freedom From Mental Poisoning (The Purification Of The Furies) tape with Chino Amobi which was upgraded to the physical medium this year.

Halcyon Veil now turns its attentions to the music of Jesse Osborne-Lanthier, an artist who recently made headlines for a joint album with Raster-Noton’s Grischa Lichtenberger on Shapednoise’s Cosmo Rhythmatic, and before that with a tape release on the always trustworthy Where To Now?. Rabit’s Halcyon Veil, however, can now say they’ve provided Osborne-Lanthier with the platform to release his first official solo material in As The Low Hanging Fruit Vulnerabilities Are More Likely To Have Already Turned Up, kindly abbreviated to A.T.L.H.F.V.A.M.L.T.H.A.T.U. Preview the sharp cuts, digital abrasion and new age industrial sounds of the release below. 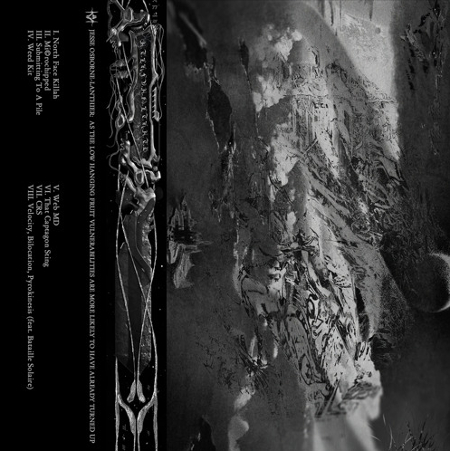