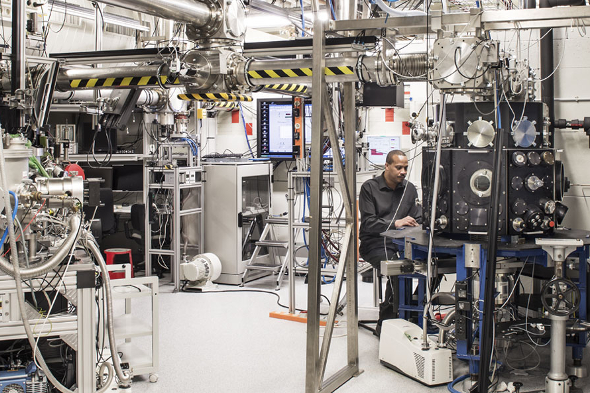 An immersive audiovisual performance called Entropy has been announced for the upcoming festival in Den Haag.

Founded in 2005, Den Haag’s TodaysArt has in the own words of festival organisers acted as a “transdisciplinary platform for international talent, established creators and pioneers, exploring new possibilities and forms of expressions.” This year’s edition is due to take place over the weekend of September 22-25 in various venues throughout the coastal Dutch city with SØS Gunver Ryberg, Paula Temple, Subtext’s Paul Jebanasam, Klara Lewis and Teklifer DJ Earl among the names confirmed so far.

In exciting news, TodaysArt have now revealed this 12th edition of the festival will see the world premiere of a new live project called Entropy conceived by Dopplereffekt’s Gerald Donald that aims to “tell the epic life story of the universe and its stars.” Alongside Donald, Entropy involves two astronomers in Dr. Zaz Magic and Dr. Dida Markovic as well as digital arts label Antivj and a community of scientists and artist-coders. A press release from TodaysArt states Entropy “seeks to reinvent scientific storytelling on the one hand, and develop new tools to imagine, display and stage scientific data and narratives on the other.”

Entropy is seemingly the latest iteration in an ongoing quest from Donald to explore the scientific themes of his music in a live setting. Back in 2011, Donald performed with the two aforementioned astronomers Magic and Markovic under the Neutrino banner at Liverpool festival Abandon Normal Devices, which developed into Entropy with the addition of Antivj two years later. In 2014. TodaysArt got involved as co-producers of the project, and will play host to the world premiere in September. More details on the Entropy project can be found at the festival site. We hope you enjoy that .gif as much as we did.