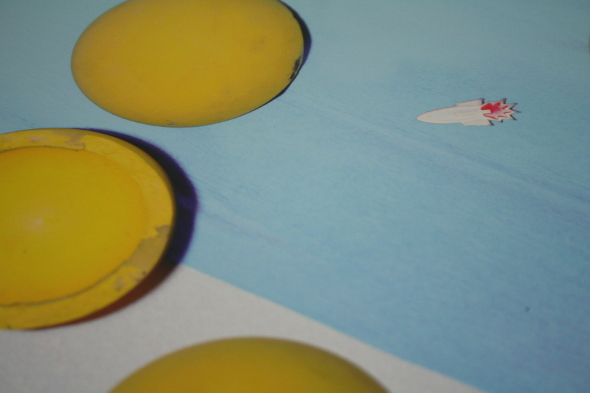 A common theme for any review of a new commercially-released mix CD is to berate/mourn the viability of the format in an age where near infinite online variants are freely available. Objekt’s mix for Tresor’s irregular Kern series, however, reaffirms just how middling a lot of these online podcasts can be, exposing the lack of effort that goes into them and how we take that for granted. 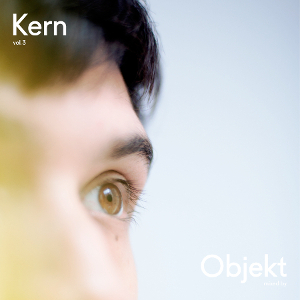 I’m old enough to have grown up on a healthy diet of classic mix CDs, forever compelling compilations and artist albums – all formats whose artistic worth have arguably been nullified to varying degrees thanks to the internet and iTunes, Spotify et al. The best mix CDs for me were those with memorable sections, a passage of three or four tracks that are nailed perfectly and you can enjoy revisiting countless times. A personal favourite example of this can be found early on in the Coldcut & DJ Food Fight mix from a 1996 double mix CD on Ninja Tune called Cold Krush Kuts. There’s a five-track passage from DJ Vadim & Mark B’s “The Breaks” onwards that has stuck with me ever since I first heard it, an expertly mixed and cut section that magnifies the elements of each production superbly.

What feels like a similarly iconic moment is delivered roughly a third into this hefty 36-track Kern mix from Objekt, commencing with the arrival of the stern, dark electro of Mick Harris’s mid-‘90s Fret project. The way Objekt weaves from that track into Shanti Celeste’s exclusive contribution, “Lights,” before a brief blissful dalliance with Anna Caragnano & Donato Dozzy is curtailed for the tightly coiled melodic electro of Clatterbox’s “Aspect Ratio” loses none of its magic with repeated listens. The most technically accomplished DJs are able make the end result (such as a mix CD) greater than the sum of its parts. These four tracks are placed together in such a skilled manner by Objekt that hearing them in isolation would have much less of an effect.

There’s a real vitality to Kern Vol. 3 as a whole; after listening through several times, I’ve taken to dropping into the 75-minute mix at various random points and couldn’t help but feel immediately gripped by what was occurring. Whether it’s the focused electro of the mix’s earliest moments – spin back included – or the more daring latter stages where Ondo Fudd breaks through the wall of sheer noise of Marcus Schmickler & Julian Rohrhuber.

This brings about another memorable passage, Objekt merging the gentle clarinet of “Blue Dot” with a Subtext-released Étude from Yair Elazar Glotman and the daemonic vocals of Senyawa’s Rully Shabara. Just as you fear this might isolate listeners, Shabara’s voice zig-zaggedly descends into the ether as a pitched down ACI_Edits track from the cult tape label Aught playfully toys with the glitchy hip hop of DJ Sotofett’s Raggabalder Dubplate Version of Dresvn and Sensational.

There is a real sense of occasion to Kern Vol.3. It was, according to Objekt’s own words “planned, recorded, embellished, reworked, tweaked and chiselled away at over a period of 6 months,” this effort is plain to see and hear as the mix unfolds. When the Kern series was announced, Tresor suggested they’d give contributing artists “free reign to weave their own story” and maybe that’s why there have been so few editions? A lot of modern DJs possibly don’t possess the scope to fulfil this remit. Objekt patently does.