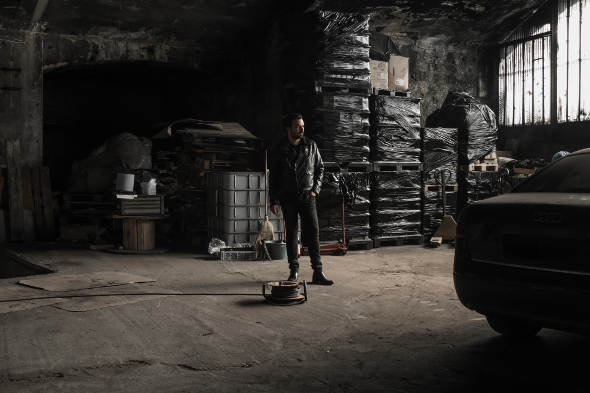 We have the first public airing of a loftily-named track from the Parisian producer’s forthcoming live set that debuts at Berlin Atonal.

In the round of questions that accompanied his podcast for Juno Plus earlier this year, Parisian artist Tomas More revealed 2016 would see him take to the stage and perform live as December with increased regularity. This is probably why there is has been a dearth of December records, aside from the 11th issue of Jealous God that arrived back in April. Having squirrelled himself away in his Paris studio, More’s newly-configured live set is scheduled to premiere as part of this year’s Berlin Atonal festivities replete with visuals from the Silent Servant himself, Juan Mendez. This is one of several notable audio-visual performances planned for Atonal 2016, with Mika Vainio’s commissioned collaboration with Swiss artist Daniel Pflumm of Busen fame of particular intrigue.

For an idea of how the December live set is shaping up, we’ve been sent a six minute extract to whet appetites in the shape of “Sociability Is As Much A Law of Nature As Mutual Struggle,” which seems to take its title from Russian writer Peter Kropotkin. You’ll notice More’s vocals take a more prominent role here, “maybe akin to a drunk getting mad” is how they were described to us, and the deathly EBM rattle of the track should appeal to fans of Mendez, Wanzer and Mazzocchetti.