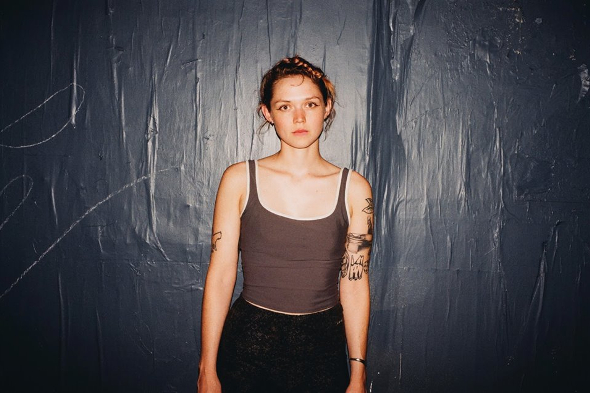 The Discwoman co-founder makes her vinyl debut with the upcoming Riffs 12″.

In profiling UMFANG producer and Discwoman co-founder Emma Olson just under a year ago, Brendan Arnott described her productions as “unsettling, unstable and infectious affairs – like watching chemicals slowly corrode and morph into something unrecognisable from their original shape.” To date, UMFANG’s music has largely surfaced in cassette format with a tape of Roland BOSS DR-202 experiments for 1080p last year arriving after she issued her debut self-titled album for South London’s Videogamemusic.

Having resurfaced with “three cave-dwelling productions” for a split spools release on Danish label Phinery Tapes back in April, UMFANG is set to transfer to the vinyl format for the latest 12″ from 1080p. Entitled Riffs, the five-track 12″ is due out early next month and is the apparent result of Olson’s new found familiarity with sequencing her Microkorg with Xoxbox. Dank techno and beatless compositions seem to make up the single, which you can preview for yourself below. Riffs is the latest in a strong series of 12″s from 1080p, following on swiftly from the likes of Perfume Advert. DJ Zozi, Adam Feingold’s Ex-Terrestrial and Exotic Dance co-founder J. Albert.

1080p will release Riffs by UMFANG on August 5. 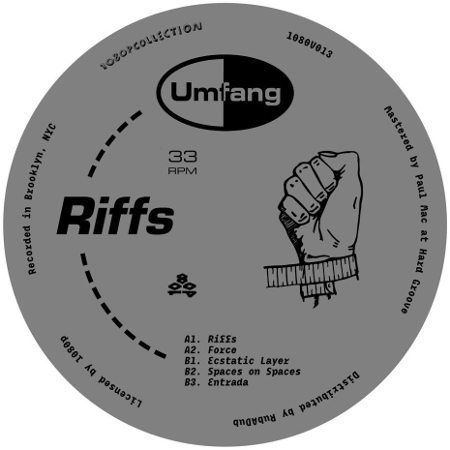