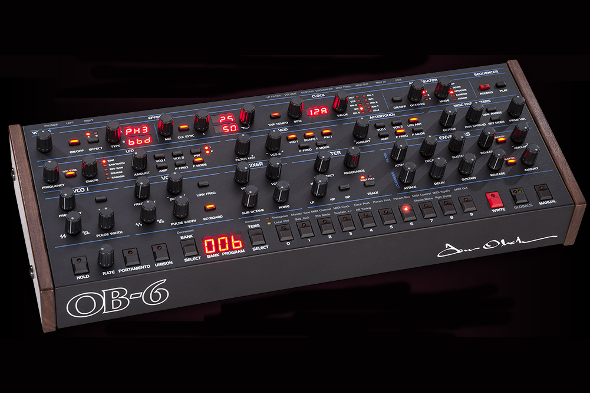 A keyless desktop version of the previously released synth has been revealed.

Back in January of this year, when California’s NAMM conference was in full swing, two juggernauts of synth creation, Dave Smith and Tom Oberheim, announced the OB-6, a new six-voice keyboard synth. In a playful video which saw Smith and Oberheim swap notes about the product at Tony’s Cafe, something that wasn’t hinted at was a future desktop module that does away with the black and white keys of the original. This new module version, then, will of course appeal to the more pre-programming types of producers out there who would perhaps choose to eschew the real time musical elements of live chord and note playing with programmable sequences and modulation.

The collaboration explains the OB-6 module has all of the same controls as the OB-6 keyboard version, however a poly chain feature has been added so any two OB-6s can be paired for twelve-voice polyphony. Like the keyboard version, reverb and delays effects on board remain digital, while an analogue signal path is kept in check by discrete VCOs, VCFs and a true bypass, not to mention the the OB-6 keeping its arpeggiator and polyphonic 64 step sequencer. No news yet on a release date or price guide, but for more information visit the Dave Smith website.