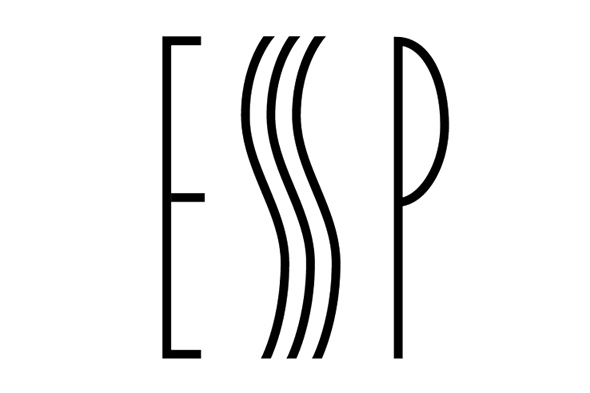 Never a label to do things by halves, where most are cooling down their schedules in anticipation of the summer months Andrew Hogge is whipping ESP Institute into shape with a fulsome run of releases set to slip smoothly into the warmer climate. Hogge has certainly not been slacking off thus far this year, with a solid run of records dropped from Land Of Light, Vactrol Park, Benedikt Frey, Moscoman & Red Axes and Ian Blevins, while the man also known as Lovefingers has noticeably raised in profile as a DJ and selector.

On top of the aforementioned artists already represented on ESP this year, Damien Lynch and Mister Ho & Heap are returning for their second outing mere months after they last appeared. Lynch is also known as Diamond Dagger and Sasparilla, although The Heights marked his first EP proper under his own name, and now he comes back to impart further calm and meditative techno messages with a distinct ‘90s streak. Respective co-founders of Berlin label Klasse Recordings and Viennese party crew and record shop Discus Throwers, Mister Ho & Heap keep it equally deep on their two-tracker, focusing on intricate patterns of melody and rhythm with an overall optimistic, blissful tone.

As if that wasn’t enough, Man Power is making his ESP debut with some feisty throwdowns that capitalize on previous club burners for Hivern Discs, Throne Of Blood and Correspondant. Equally Juan Ramos has never been spotted in these parts before, but makes the most outré offering of the lot with the psychedelic delights of the Last Of The Natives / Enemy Of Enemy Is Friend single. It’s a fine and surprising finishing touch to a run of singles that promises to be within earshot across the sunnier parts of the globe over the coming months. See what’s in store by way of the handy all-in-one summer playlist the label have put together, embedded below.

ESP Institute will release Brunette / Forced Relax by Damien Lynch, Feeling Hopeful / Gis Gis by Mister Ho & Heap, The Tourist / Oye by Man Power and Last Of The Natives / Enemy Of Enemy Is Friend by Juan Ramos in June. 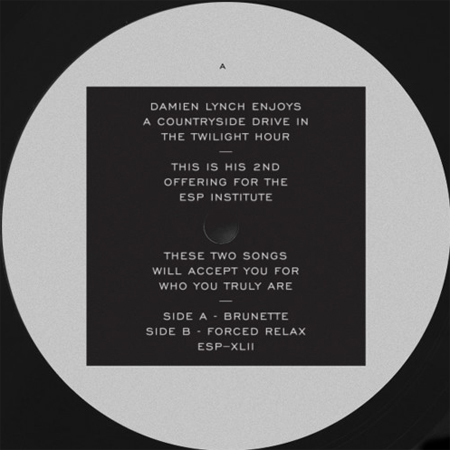 A. Brunette
B. Forced Relax 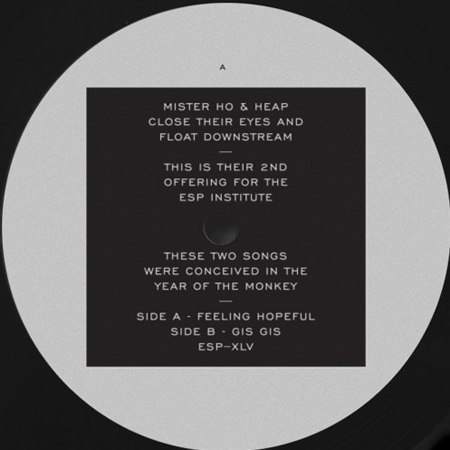 A. Feeling Hopeful
B. Gis Gis 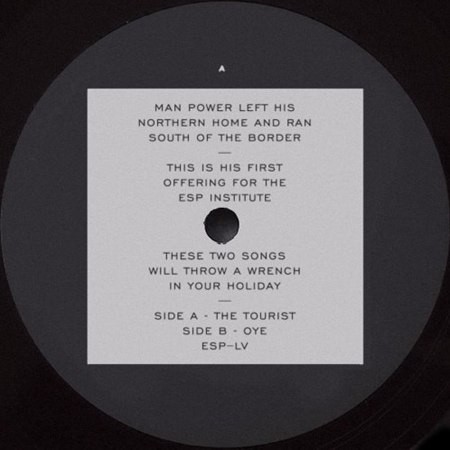 A. The Tourist
B. Oye 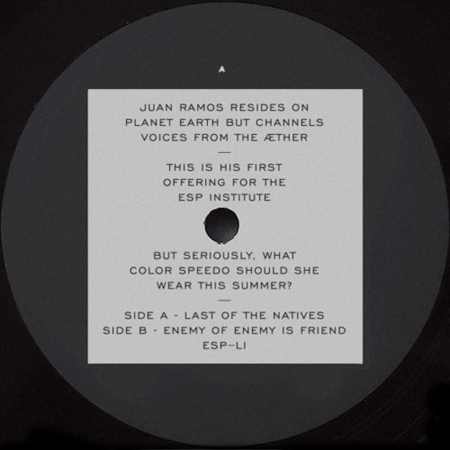 Juan Ramos – Last Of The Natives / Enemy Of Enemy Is Friend tracklisting:

A. Last Of The Natives
B. Enemy Of Enemy Is Friend