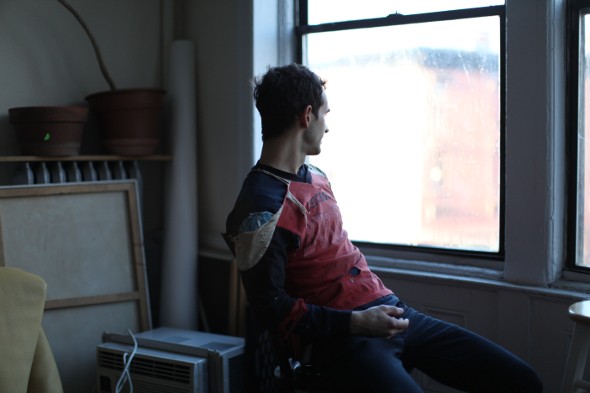 The label’s co-founder is back for the first fresh White Material transmission of 2016.

It was Young Male that launched White Material back in the summer of 2012 with the All R 12″, but in terms of subsequent output he’s proved to be the least active artist associated with the New York/Berlin label. Aside from the Lost My E 12″ for Spencer Parker’s Work Them label, a contribution to the V/A White Material release and a smattering of remix commissions, Young Male’s production work has taken a back seat to his prolific gigging schedule. Contrast this with DJ Richard and Galcher Lustwerk; last year saw the former issue his fine debut album, Grind, through Dial, whilst the latter has put aside a brief dalliance with Tsuba to launch his own label, Lustwerk Music. The latest release on Lustwerk Music is the Studio OST album recorded with another White Materialist, Alvin Aronson.

It was reported earlier this year a Young Male album, How To Disappear In America, was planned for release on Luke Wyatt’s Valcrond Video label, but that no longer appears to be the case, with the producer telling us over email it will now be released through White Material. Before that however, Young Male is stepping up for his second solo 12″ on White Material with a three-track single due out next month. Available to preview below – replete with slightly ominous ‘White Material Promotional Clip’ voiceover – the new 12″ finds Young Male honing in on a booming techno style that will appeal to fans of the label.

White Material will release WM008 by Young Male in July. 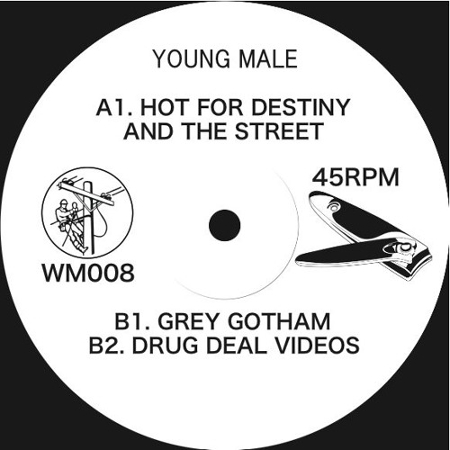 A1. Hot for Destiny and the Street
B1. Grey Gotham
B2. Drug Deal Videos