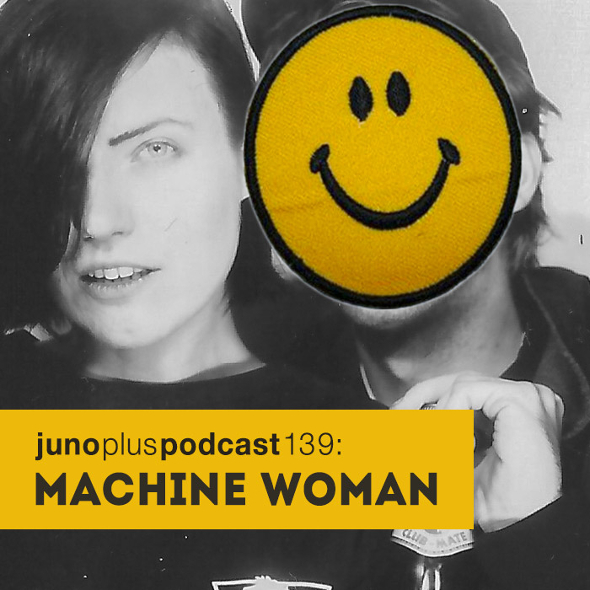 The Where To Now? signee lays down a 40 minute primer of her own material.

Machine Woman is such a simple yet distinctive artist name it is somewhat surprising no-one has claimed it prior to the arrival of Anastasia Vtorova. Born in Russia but now residing in Berlin, Vtorova first appeared on the Juno Plus radar thanks to Peder Mannerfelt’s Produktion label who granted her a vinyl debut with the For Sweden EP. Released late last year, the six tracks of rhythmic, industrial and glitchy sound design “waltzing the line between techno and avant garde” sounded like they were recorded at the bottom of a well. It was a startling introduction to the world of Machine Woman, though she has a small clutch of previous tape-only releases to dive into for those with a more curious disposition.

The story of how Mannerfelt came across Machine Woman’s music may be slightly unremarkable – a simple SoundCloud connection – however the fact Vtorova has landed such an impressive debut on wax via this medium is undeniable and should be of great inspiration. Mannerfelt, too, concurs, telling us about the music Vtorova sent him: “it has such a raw and direct language that I feel is really inspiring.” This year has seen UK talent trawlers Where To Now? present the further adventures of Machine Woman with a record that has quickly become an office favourite at Juno Plus. The three-track Genau House 12” – replete with superbly stripped-back Kassem Mosse remix – sees Vtorova harness minimal house production values in line with the crackling sounds of Jan Jelinek.

With Vtorova’s discography hatching as we speak, now felt like a good time to give rise to the sounds of Machine Woman who submits a quick fire 40-minute mix of her own material. Sent in with the title “Tinder Date with Bruce,” the mix was modestly described by Vtrorova as “terrible,” a statement we wholly disagree with. If anything the mix offers a cohesive aural insight into the Machine Woman world. Fans of Machine Woman in Manchester and London can see her play live in both cities this weekend at meandyou. with Peder Mannerfelt on Friday and at Lobster Theremin with Rezzet and assorted label folk on Saturday.

With a title like “Tinder Date with Bruce,” we had to get the full story behind it from Vtrorova who was kind enough to answer further questions on working with Peder Mannerfelt, life in Berlin and some of her favourite Russian contemporaries.

Hi Anastasia, how are things?

Thank you, not bad. It’s 2 am here in Berlin just the storm outside with super heavy rain and I should go to sleep but… I can’t stop listening to Oblast Podcast #5 – XΛN, I love his productions skills. Actually we had a little chat yesterday and he told me about some bare secrets of his production approach. I am excited to have a go at some of his tactics…..

Thank you for doing this mix, it’s all Machine Woman tracks right?

Ahhh Tony for you anything mate. Yes kind of, I am mixing stuff, loops and my own stuff and jamming it out.. You said I could do anything so basically I did ha ha.

You gave the mix the title “Tinder date with Bruce” – is there a particular story behind this?

Ahhh I forgot to rename it before I sent it to you. But yes …. I guess I have a few stories. Yes it was a name for a track but I made the mix on top. The story is about this “gentleman” from Tinder. Our date lasted I think maybe 5 or 10 minutes and really inspired me to come home and make some music ha ha ha. Bruce, by the way, is his fake name…. He had many names and the way he spoke was kinda like Buffalo Bill from Silence of the Lambs. So every time I hear “Goodbye Horses” by Q Lazzarus I think of my date ……………

How often do you play out as your DJ aliases DJ Away Game and DJ Half Price Lager?

Ya I have my squad, well it’s me and a couple of gals. We put on raves. But we can’t say much about it coz ya know … it’s in some kind of “special” places. It’s me, DJ Social Media and DJ Polski Bus. We did one rave outside Grimsby in the UK.

What sort of music were you listening to when you were growing up, and what does Russian electronic music, old or new, mean to you?

My mum was collecting vinyl and flexi disks. We had many children plays which I loved and Boney M Night Flight to Venus!

I think we also had some Disko music. Ahh you know it made me think do I know any of old Russian electronic music and I had to google, I found this and my mum had this vinyl Ритмическая Гимнастика (Aerobic Exercises) Label: Мелодия. Also this, I’m pretty sure we had this little house jazzy number: Eolika – Falling Stars – Melodiya 1980.

New Russian electronic music is very special so much coming out such as XΛN, YancityGurl, OUTIFY, Love Cult, Willrijk, Suokas oh and for DJ talent Inga Mauer a lot of energy, I just saw her play at OHM. I only mentioned very little amount, there is so much more …. I very excited about the Russian scene at the moment. 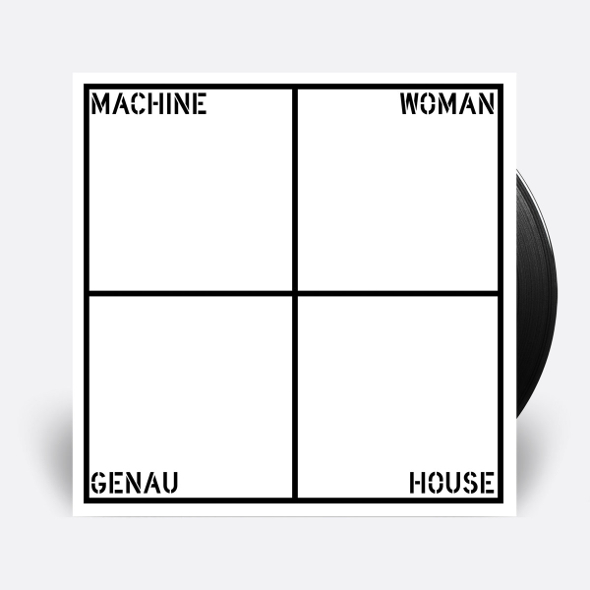 Have you been pleased with the response to the Where to Now? 12” so far?

Yes I am very happy. Thank you to everyone who supported my Genau House dreams.

How much involvement did you have in choosing Kassem Mosse to remix “I Can Mend Your Broken Heart”?

Well it was suggested by Matt and James from WTN? I think putting a record out has to be a collaborative process between the artist and the label. James has design the record’s artwork and we talked more about the possibility for a remix. I am very happy about working with them and if I get a chance I will do it again 😉

Would you call that particular track a love song?

Ha no I think it’s more of anti-love song. I didn’t make because I was in love, I made it coz my Tinder date cancelled on me ha ha ha. You don’t make these songs, tracks, what have you, because you are happy it’s usually quite the opposite…

What’s the story behind the Thank You Slipknot tape you did for Manchester cassette label Sacred Tapes?

Ah I love the work of Callum Stephen Higgins as Yes Blyth – the man behind Sacred Tapes. Callum puts a lot of thought in to the aesthetics of the label, minimalistic and to the point. But if you are asking about the name… well when I was 16 or 17 Slipknot came to play a show in Nottingham and my mum hated the whole concept of the band. So what do I do? I tell her I am babysitting for a family friend. The show was incredible, the very first show I saw . So thank you Slipknot for a great show.

Would you say the For Sweden and Genau House releases are an accurate summation of your production palette; experimental, industrial, minimal house and techno? Are we even close?

How influential has your connection with Peder Mannerfelt been for you?

Before I met Peder I had very different working ethics. I struggle to finish ideas off. I thought I can always make them better or add some elements later. He really gave me the confidence to change my approach and not care about “imperfections” etc. I think I started to get lost in other people’s ideas. My “friends” would criticizes or advise how to make music etc. Or a label would get in touch and I would try to make something that I thought they would want to hear and release.

After meeting Peder for a coffee last year in Berlin and telling him this he told me to stop caring what others want to hear and concentrate on producing stuff I want to hear. I haven’t stopped since.

How much do personal anecdotes inspire your music; for example, “Friday Night” from Genau House is apparently about being turned away from a Berlin night club.

Story of my life mate, or may be the way Berlin is. I am pretty sure if I did my own party here I would be turned away from it ha ha. My music is always inspired by events I experience, for example the opening track for this Juno Plus podcast is about a taxi driver with a big ’70s moustache who was listening to this incredible mix of jazz and house music on his car radio. He told me about the jazz he heard in the club.

You back are over in the UK soon to play in Manchester for meandyou. and in London for Lobster Theremin at Corsica Studios – what should attendees expect from you?

A lot of time I don’t even know what to expect…….