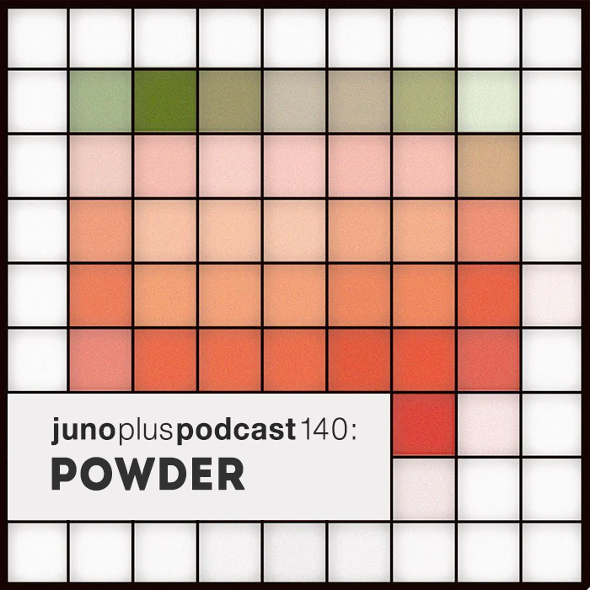 The production talent scores her own soundtrack for Japanese V-cinema.

The three records Powder has been responsible for have been reviewed by three different writers here at Juno Plus – a perfect reflection of the appeal her oddball house reductions and ambient odes to Hiroshi Yoshimura have. It is Sling & Samo DJ’s forever rewarding Born Free label we have to thank for uncovering Powder with last year’s Spray 12″, whilst Andy Hogge’s ESP Institute helped fill in some of the blanks for an artist with seemingly little to no online presence. The Highly 12″ that arrived late into 2015 outlined Powder as a young Japanese producer raised in the rural countryside but now living in Tokyo whose mundane day job in the electronics industry is augmented by her nightly production experiments.

Some digging around online reveals prior to her Powder output, she was involved in putting on parties with the Cos Mes crew under the name DJ Offer. It feels like we are only beginning to see the true potential of Powder though, with an imminent second 12″ for Born Free the tip of a production iceberg. See the mix she did for Australian fashion label PAM last year that consisted entirely of original and mostly unreleased Powder material. We’ve been nudging Powder for a mix for quite some time and were suitably delighted when she submitted a 52-minute session last month.

Trade secret: we always state podcast submissions can consist of anything music-wise so long as they accurately reflect the artist responsible. This Powder selection is a perfect example, taking in the Disco Mantras of Mood Hut, breaks covers of Art of Noise, Soichi Terada-style house music, J-pop and so much more. In her own words the mix is a “Soundtrack for Japanese V-cinema,” with the emoji-loving producer clarifying this is a genre of film dedicated to the Yakuza. Powder declined the opportunity to answer some questions, preferring to let the music speak for her instead. We hope you enjoy it as much as we do!