Juno Plus Podcast 138: The Maghreban

The Zoot Records man gleefully rifles through house music old and new over an 80-minute session.

The emergence of The Maghreban has offered us one of the most thoroughly enjoyable reinventions within modern electronic music over the past few years. Across a swathe of 12″ releases for his own Zoot Records and Versatile, Ayman Rostom’s multifaceted house throwdownns as The Maghreban stand in direct contrast to his years in the trenches of UK hip hop as Dr. Zygote. Together with long-term colluder Jazz T, Dr. Zygote ran the Boot Records label and both were integral members of Guildford hip-hop troupe Diversion Tactics.

Prior to The Maghreban’s emergence, Rostom’s somewhat maverick approach to production manifested itself on Juno Plus with Strange-U, an appropriately-named project with rapper King Kashmere that is without doubt the oddest music issued on Eglo Records. Rostom credits his friend Gatto Fritto, a vastly under-rated selector, with introducing him to some of the house music that helped inspire his output as The Maghreban some five years ago and it has been a pleasure to witness the project’s development through his records since 2014.

As such, it felt like an intriguing proposition to commission a podcast from The Maghreban and Rostom has truly delivered with his resultant 80 minute submission. Commencing with some fresh Brassfoot, the mix veers through various angles of house and techno and even finds time for a superb broken beat curio from Madlib, before ending on forthcoming Rezzett. Throughout, it feels like Rostom is thoroughly enjoying himself right now and that’s a sensation we get from the below round of questions and answers. Topics under discussion include the various aesthetics that inform The Maghreban, his love of sampling, a brief history producing jungle as Ayman, Strange-U and his thoughts on the contrasts between the UK hip hop and house music scenes.

Hello Ayman, how are things?

All is well thank you. I’m out in Alexandria.

Thanks for doing this mix, where and how was it put together?

Thanks for asking. I did it at home on decks and CDJs with my echo box.

Would you say the tracklist is pretty indicative of your club sets as The Maghreban?

Pretty much, although I usually play a load of disco, world and new wave as well. But for this mix I wanted to keep it more house and techno and mostly newish stuff, or stuff that is new to me.

We are pretty happy to see that old Madlib cut as DJ Rels in there!

Ah man, I love that tune. Also it’s kind of special to me in a hip-hop-guy-makes-some-faster-shit type way.

You professed in an interview on RA you didn’t listen to a lot of current house and techno as you were scared it might negatively affect your own sound. Is that still the case?

No. I love buying and hearing new stuff, and having fresh stuff to play out keeps DJing fun. Also, I realised… Even if I hear something and am inspired by it and end up making something, it usually still sounds like me and it usually doesn’t really sound like whatever inspired me. So it’s cool. The thing that inspired me could be such a small thing.

You’ve released a lot of records as The Maghreban in a short space of time. Have you been sat on this material for some time or do you just have a good studio workflow?

I guess the latter, I make quite a lot of music so I just started hammering out 12″s. But yes I was sat on quite a bit of music for a minute in the interim because I couldn’t put it out fast enough. I’m impatient.

There seems to be a distinct heavy disco aesthetic running through The Maghreban output. Was that a specific style you had in mind when you started the project?

There’s a few different aesthetics. There’s an old hardcore one, and maybe a kind of world music one, and obviously a big hip hop one. And a big disco one. A few years ago, I’d have been very disappointed if you suggested that I might come to like disco one day. Then I heard someone with a gruff voice play the Ron Hardy edit of “Peaches and Prunes” on Point Blank FM when I was living in NW London and my eyes started opening a bit more. Most DJs on Point Blank have gruff voices and names that end with a letter. I learnt a lot listening to them. 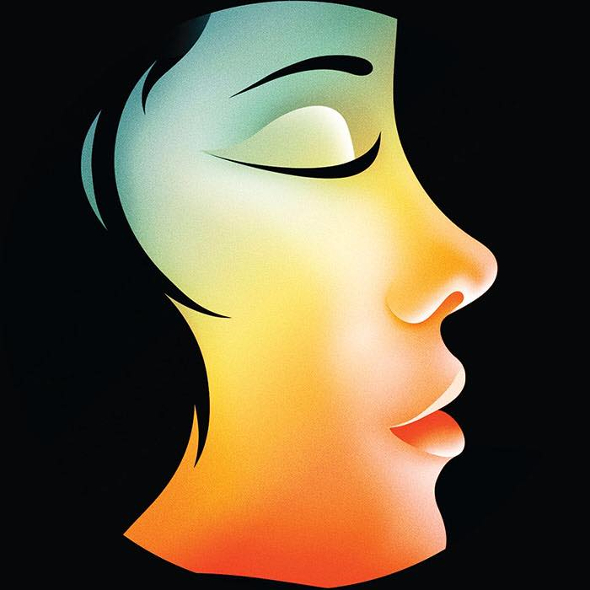 How did the relationship with Versatile come about?

I got a few email addresses off Brian Not Brian, so I sent Gilb’R my Afric 12″ and he was into it. I kept sending him stuff from there and we got it together. He’s a good guy, and a great DJ.

Are we allowed to discuss the covert project you have started with Brian from Going Good?

Moving on to some of your other work, the Strange U project with King Kashmere is wonderfully bizarre. How did you come to work together and what were some of the inspirations behind it?

Thanks, it’s a lot of fun. We’ve been making music together for about 11 years on and off, initially just through being in the UK hip hop scene. In that guise, Kash had almost jacked in writing, but he started messing with some alternative styles, more offbeat. He had started the project already, but I was always sending him beats. I started sending some more electronic sounding stuff and he started lacing some of those as well. He’d tell you better than I could but he draws from a lot of things, the absurd and the odd, computer games, comic books. Sonically it’s inspired by electronic music but it’s still hip hop. We try to make it sound as hefty as possible.

Do you still regularly work on new Strange U material?

Sure, our album should be out by the Autumn.

You’ve been entrenched in the UK hip hop scene for some time, how do you feel it compares to your exposure to house music and playing it in clubs?

It’s quite different. House music seems more fun and carefree to me, sometimes. I guess because it is more geared towards dancing, and with it comes disco, African music etc. But I still love hearing 90-ish bpm drums loud on a system. It’s all beats, tempos, rhythms, sounds and textures. I’m just glad I can appreciate more of the whole spectrum these days. I was closed off to much of it before.

You had some early dalliances with releasing rough jungle abstractions back in the mid-‘90s as Ayman. Why was the project so short-lived, and what happened in the interim years?

To be honest, I got into drugs in a big way. Speedballs tend to eclipse most other things that one has going on in life.

All your work seems to be rich with sounds of the past re-fashioned into new shapes. Has crate digging and sampling always been a major focus for your creative work?

Definitely, right from the start with the drum and bass it’s been about sampling. But I was young then and didn’t know a whole lot about records. Then getting more into hip hop by the late ‘90s, that’s when I started to learn more. Man hours spent in Ben’s Collectors Records in Guildford after work.

What can we expect from The Maghreban over the coming months?

My next 12″ is due out on Black Acre in a couple of months, a load of gigs, and I’m working on an album. The Strange U album is pretty much finished. Gatto Fritto, Brian Not Brian and myself have some stuff in the works as well.