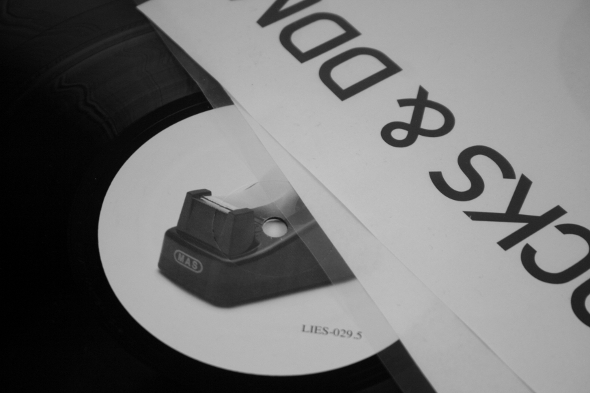 You can file this delightful little curio from Locks & DDM alongside the Transformation 12” from a few years ago under ‘L.I.E.S. releases with somewhat fanciful backstories that are hard to believe.’ Whereas that one-sided Transformation 12”, Sketch 1, apparently originated in late-‘90s Oldenburg, Germany, but was more likely the work of Nation boss Traxx and associates, the information offered on Locks & DDM is even more vague. 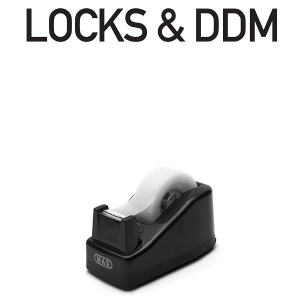 This seven-track self-titled record is the result of “two post-1982 jam sessions between an anonymous DJ and drum machine operator duo” – I wish you the best of luck detangling this particular web of intrigue. Irrespective of the legitimacy of the information offered, Locks & DDM make for a wonderfully psychedelic addition to the sprawling L.I.E.S. discography at a time when the label is quietly doing its best work away from the forensic levels of attention and discussion that blighted them previously.

Although there are seven untitled tracks here, each side plays out like the label have done no post-production edits to those two sessions. You really have to pay attention to discern when the groove slips in a new direction, which is hard as it’s all too easy to get lost in the abstraction. So much so that the first time the record went on, the locked grooves both sides end on happily looped for a good few minutes before I noticed. Having been there myself, it is not hard to visualise Düsseldorf’s famed Salon Des Amateurs warmly embracing the swampy, warped polyrhythms that tumble out of the grooves on Locks & DDM. There is a looseness to the rhythms throughout that would appeal to residents such as Tolouse Low Trax or Lena Willikens, and a certain Kosmische quality too.

Of the two sides, it’s the face-down three-track journey that really hits home, the merest hints of Laurie Anderson’s “Oh Superman” twisted and mangled up amidst the cacophony of faltering percussion that marks the opening minutes. At one point, the chaos stops and that sole vocal tone loops up and down, left and right, before other ghostly voices are feed through the machinery. Out of nowhere, a glistening array of the most charming chimes veers in and grabs your attention, before it is slowly chopped away by the relentless march of drum machines underneath. This is not a traditional club record by any stretch of the imagination, but rather the latest in a long line of releases on LIES aimed squarely at the freaks. Music for shut-ins as the label once called it.