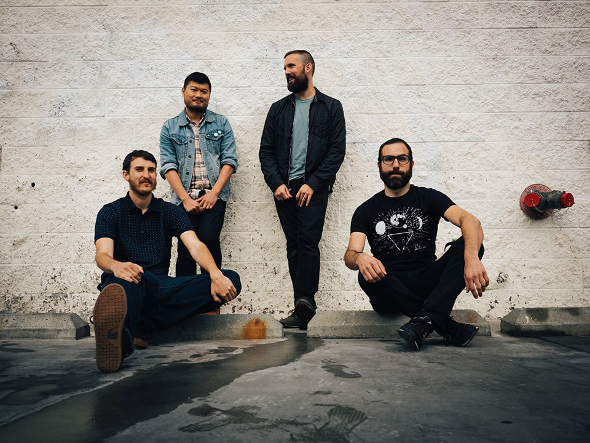 As well as being a resident at parties hosted by San Francisco’s Honey Soundsystem, Robert Yang (pictured above with the crew) has also contributed to the two eras of the affiliated record label. Under his Robot Hustle alias, Yang was among thirteen artists that appeared on the limited edition Brotherhood CDr compilation issued on HNYTRX back in 2010. Fast forward some five years and Yang’s multi-instrumental skills were put to use on a newly relaunched and rebranded Honey Soundsystem Records, with his 皆 12″ appearing alongside a fresh transmission from fellow resident Jackie House.

Having just welcomed Brooklyn resident Justin Cudmore into the Honey fold with a 12″ packing a rather potent Mike Servito remix, the label have announced a new Bézier record is on the way next month. The three-track Cosmologist 12″ finds Yang offering some insight into the music that has inspired him, veering from Casio-driven Italo workouts, anime-inspired electro and an 11-minute closer “incorporating bebop jazz solos drawn from his early exposure to improvisation techniques by Charlie Parker, Cannonball Adderley, and Stan Getz.” You can preview all three tracks below.

Honey Soundsystem will release Cosmologist by Bézier on June 22.