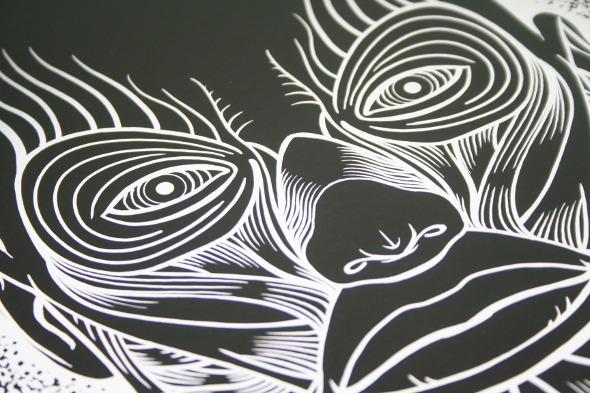 On his Facebook page, Umwelt describes the music he makes as ‘Ravelectrodarkacidrave’. It’s not a bad description. Since the late ‘90s, the French producer has been putting out uncompromising, 303-laced electro tracks that are best heard on a big rig in the open air. (Previously, he had posted a video on Facebook, now removed, of an outdoor rave he played at during the ‘90s which perfectly captures this aesthetic). 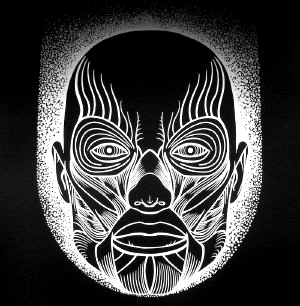 Releases on his Fundata label appeared at the same time as similar developments in the UK, which involved Haywire, Bass Junkie, Dexorcist and later Andrew Weatherall and Keith Tenniswood. “State of Matter” is very much in this vein. It’s a slamming track that avoids linear conformity thanks to its electro drums and claps and bludgeoning industrial rhythm. These elements allow Umwelt to drop searing acid lines that soar and dip with the military precision of a guided missile. It’s the only original material here because, as the title suggests, this is the first instalment in a Shipwrec project to highlight remixers.

How does a producer reshape such a dramatic, peak-time track? If you are a kindred spirit like Ekman, the answer is simple; make it darker. The Dutch producer achieves this by making the 303s gurgle more aggressively, setting them to scary rave riffs and letting the combination play out over a linear rhythm track. The other remixers tapped for the release are The Exaltics and Eomac.

The former diverts from his usual approach to drop a relentless, Chicago-style jacking track. Apart from the acid lines that spew forth, the German producer uses a ghostly synth passage to offset some of the intensity. Eomac’s version is by far the most different to the original – with no hint of acid, it sees the Irish producer drop a shuffling, cut up rhythm and haunting tones. It’s far removed from Umwelt’s rave world, but it’s still a fascinating diversion.