While we may be living in a time of plenty for experimental music, it’s easy to forget in the surge of snarling overtones and lo-fi charms what wonders can be communicated through truly pristine production. Sometimes the notion of clear, well-mixed and detailed production can be mistaken for a lack of soul, and in some cases that might be right. It’s hard to get a thrill out of anodyne music-by-numbers fashioned out of a collection of vanilla sounds, but equally signal chain grit and leaning heavy on the gains isn’t a shortcut to creative excellence. 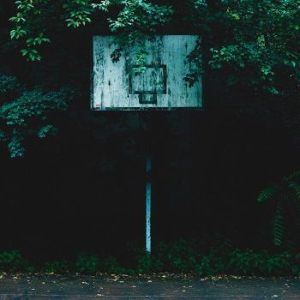 Melbourne-based producer Kane Ikin has been turning out a steady and productive stream of releases for a range of local labels since 2011, largely nestling in the DIY bosom of cassettes, files and CD-Rs while his sound finds an audience. Having scored some attention from UK-turned-US label Type, Modern Pressure feels in some way like Ikin’s first album proper, endorsed by the wider world and presented in the time-honoured manner.

The first thing to leap out from this album is the clarity of the music. It’s a dense sound field often populated with looming drones, micro sparks of static and infinitesimal textures in between. Despite this, there is still space for well-defined lead lines and subtle inferences of rhythm, and nothing feels cluttered. Indeed, the steady growth of “Smoke Hood” is rich with elements, all easily detectable in the mix, and the general tension of the composition leaves you anticipating the inevitable overload of sounds. It’s an easy route to take if you want your listener to white out in a barrage of sonics, and Ikin is certainly not afraid of ramping up the intensity but he doesn’t do so in an obviously noisy way. The rumbling low-end element he brings in towards the end of the track shapes out a fitting crescendo, but not at the expense of the already-established peals, chimes and crackles on top.

There’s a very fluid sense of styles converging on Modern Pressure, where the spectre of dubstep can be felt in the folds of tracks such as “Auto Dialler” and “Tap Tap Collapse” even if the dominant sounds are avant-garde sweeps of tone. In the way some of the music on Subtext can summon the demons of bassbins past, Ikin has done a fine job of drawing some half step low-end power into the mix without diverting from the largely experimental intentions of the record. Indeed “Tap Tap Collapse” is more notable for its sublime and shimmering array of mid to high frequency synth tones, while the crooked rhythmic intonations underneath shape out a pleasing undercarriage to the track.

Interestingly “Haze Shimmer” is the one track that seems to obviously reach for distortion as a deliberate aesthetic, but even here the low-end element that sports this muck is held at a steady volume where many might push the sound to the front in a punky display of power. Instead the grimy tone provides a considered foil to other more crystalline sounds, validating its inclusion by way of humility in the mix.

In the cinematic scope of Ikin’s sound design, there are moments when he reaches for slightly bombastic modes of melodic expression. On “Crosstalk” and “Smoke Hood” there are certain string refrains that come off a little too melodramatic, at odds with the far more inventive approaches to harmonic composition found on “Auto Dialler” and “Tap Tap Collapse”, for example. These are however brief diversions from what is a thoroughly bold, remarkably well realised body of work. It sounds completely natural as a start-to-finish listening experience, without a token effort in earshot. Just try listening to swing-stepping album closer “Partial” and not picturing the steely architecture of Ikin’s sound design whipping up around you.