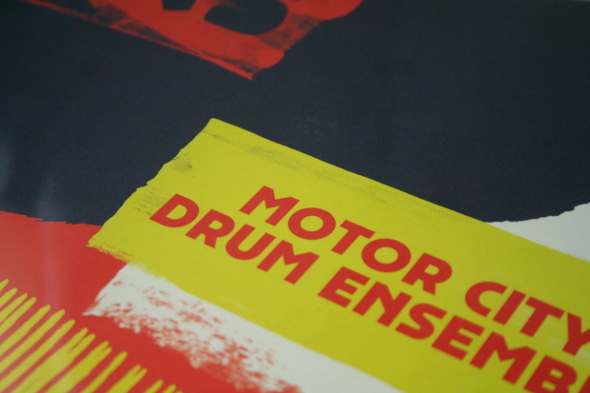 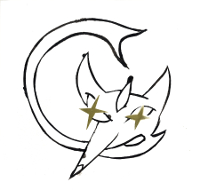 It‚Äôs well established that no-one does it quite like DJ Marfox. The Portuguese maverick is the figurehead of a style that is as unpredictable as it is fresh, alongside contemporaries such as Nidia Minaj and DJ Nigga Fox. Pr√≠ncipe has of course been instrumental in helping bring this hyped up sound out of Lisbon and to the wider world, and after inaugurating the label with his own debut release back in 2011 Marfox returns to serve up another six tracks of madcap party ammunition. From brazen industrial drum clangs at wonky tilts to looped up Moroccan flute and delicate synth lines, you never know which way Marfox is going to turn as he presents his own vision of electronic music. It veers from the delightful mellow nature of ‚ÄúTarraxo Everyday‚Äù to the frenetic peak time stomp of ‚Äú2685‚Äù, and the diversity of sounds on offer surely point to the maturing in the sound of this always-interesting producer.
Listen/buy vinyl

Followers of British electronica may well be familiar with the work of Adapta from his previous stint in Bitstream, purveyors of the finest glitched-up electro to ever grace labels like Modern Love. As Adapta, Steve Conner has pursued a more punky techno outlook across a handful of releases in the past five years, previously on the low key Brutalist Sunset label but now stepping up to Frustrated Funk with a fresh set of jams. The mood is distinctly dystopian across MKS-50 Tracks, but there‚Äôs no shortage of playful sounds splattered into the mix to keep things interesting. With a love of delirious rave tropes, not least on the cheeky hoover adaptations of ‚ÄúMKS-50_04‚Äù, Conner‚Äôs latest venture nods to both The Hague sound and a more British kind of party music that‚Äôs both bleak and boisterous in equal measure.
Listen/buy vinyl

Pitch ‚Äì What Am I Gonna Do For Fun (Idle Press) 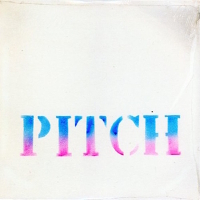 Reissues are always fun when you get to hear a modern day maverick tackling an old gem, illustrating the time that has passed since the music first roamed the earth. Pitch is a fairytale of unearthed music, with just one 12‚Äù tucked away in the cultish nooks and crannies of early ‚Äò80s electronic music. The extortionate second hand prices for an original pressing all speak to the ‚Äòmust-have‚Äô quality of the music inside, and it really is quite something, part New York no wave cool, part unhinged European post punk weirdness, and really quite technically proficient for the time. Toulouse Low Trax is the perfect choice of remixer, as the Dusseldorf wild card channels his innate instinct for grubby punk-funk tones and non-standard grooves into something lean and utterly mean.
Listen/buy vinyl 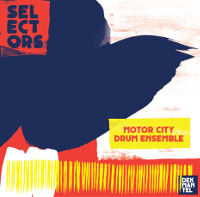 Greedy Discogs sellers dismay, avid seekers delight, for Danilo Plessow has been tasked with digging out some of his favourite obscure jams from the annals of disco, soul and house for the inaugural Selectors compilation on Dekmantel. As you would expect, the choice of tracks is impeccable, and undoubtedly of great appeal to anyone that loves the style you can expect in a Motor City Drum Ensemble set. That should cover anyone with even a passing appreciation of soul-lifting 4/4 dance music, and just look at what gems he has imparted. Mid ‚Äò90s deep house perfection from 20 Below, insanely infectious African disco firepower from Licky, tense Philly string powered business from Ahzz and plenty more greatness besides. These are thoughtfully picked weapons that many diggers may be reluctant to part with, so our collective caps are thoroughly doffed to Mr. Plessow for being in such a sharing mood.
Listen/buy vinyl 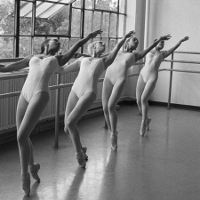 The master of the murk is back, as Andy Stott dives into his fourth studio album and reveals yet another switch in stance from his previous critically lauded efforts. There‚Äôs still a sense of frostbitten malaise lingering in Too Many Voices, but there‚Äôs also a noticeable move towards beautiful, crystalline synths at odds with the grungy distortion you might find a few releases back. Indeed a pop bent seems to linger, obviously manifesting on the likes of ‚ÄúButterflies‚Äù, but more than that you can feel the influence of high end ‚Äò80s production hanging overhead at all times. Just check ‚ÄúNew Romantic‚Äù with its raw live bass and celestial synth chimes for further proof, let alone the track title itself.¬Ý Of course such stylistic moves are then filtered through Stott‚Äôs highly personal approach, rendering an album with a lot of depth, both in terms of production and emotion. Once again, it‚Äôs an essential destination on your listening travels.
Listen/buy vinyl 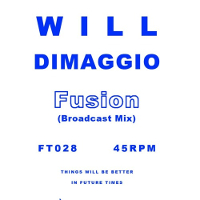 Like a fine blast of sunshine helping lift the roof from your convertible, Future Times have a knack of timing it just right with their singles for the warmer season. Coming on strong with the kind of boogie-infused funk that would get Dego and Kaidi nodding in approval, Will DiMaggio appears out of nowhere with a single-sided sure shot that should get all manner of groovers doing their best Bernie Worrell impressions on the dancefloor. As you would expect from the FT camp, this is far from a typical knock-off electro funk house jam, as the beat shudders and jerks with satisfying freedom and those luxuriant synths get repeatedly waylaid by flamboyant effects tweaks. It‚Äôs the kind of impeccable track that stands up to the pressure of a standalone release, and it‚Äôs going to make those crisp cold drinks on balmy evenings this summer taste all the sweeter.
Listen/buy vinyl 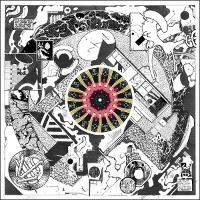 Jimmy Billingham has got stacks of aliases to his name, and sizable discographies have piled up for each one in a relatively short space of time. Of these, HOLOVR is probably the best known with its outings on Opal Tapes from the past few years, and it‚Äôs this very alias that now makes its way to that fine Scottish bastion of quality electronics, Firecracker. Trace Realm is an EP with designs on being a mini-album, clocking up some impressive running time across its five tracks of misty-eyed acid. The elements are all quite familiar, not least the 303, but everything is arranged with a wonderful sense of adventure that puts dancefloor demands to the back of the pile in favour of something more esoteric. This is no better demonstrated than on ‚ÄúTemporal Globe‚Äù with its soaring pads and highly emotional acid throb. The juxtaposition between acid house and gentle listening music may seem an unusual one, but it works more naturally than you think.
Listen/buy vinyl

Fresh from cranking out some ruff n tuff jams for Apron earlier this year, Brassfoot is now tasked with whipping up further machine-based frenzies for Paul du Lac‚Äôs Bio Rhythm label. Clearly someone that doesn‚Äôt struggle with such a duty, the vibes fly out robotic and rugged from Brassfoot‚Äôs studio on Dreamstate Intercal. It‚Äôs not all rowdy bangers, as ‚ÄúShe Said Her Name Was Sugarlips‚Äù demonstrates with its charming lingering key lines and slow-falling rhythms, but really this is an EP to clang out in a late night dance. ‚ÄúSatan Was Scared To Look‚Äù turns the low end up to 11 and gets as much heartless industrial dread into the mix as possible, and yet still there‚Äôs a certain impish glee to be felt in the midst of those looming and booming drums. The title track is a prime one for balancing the fist pumping out with a deftness of production, but really you‚Äôll struggle to find an EP of electrified techno as strong as this one this week.
Listen/buy vinyl 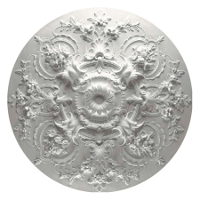 Following some scattered turns on Rawthenticity and Mile High Records, Bastien Carrara heeds the call of Funkineven‚Äôs Apron posse and steps up with a full fat release that quite rightly dubs itself a quintessential Apron EP. Opening gambit ‚ÄúSumma Breez‚Äù is a peppy workout marching at a forthright tempo at odds with the fuzzy delights of the synths contained within. The beat stomps hard without needing to divert into any curious programming, packing that immediacy you expect from an Apron release. ‚ÄúDiskother‚Äù meanwhile makes a break for slower, smoother funk based territory, pirouetting around a slick boogie sample that gently sways with the sweep of a filter. ‚ÄúKinda Late‚Äù places itself somewhere in the middle of the previous two tracks, slinging out a solid house intention while reveling in dusty sample licks. It‚Äôs got lashings of soul and it‚Äôs rich with imperfections, just like an Apron EP should be.
Listen/buy vinyl