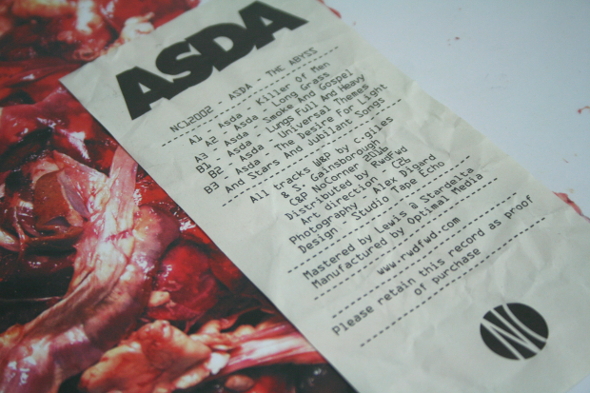 The many flavours of Bristolian experimentation are covered this week along with Glaswegian mutant disco, essential electro from Egyptian Lover, archival Jega, Max D, Willie Burns, Byron The Aquarius and more. 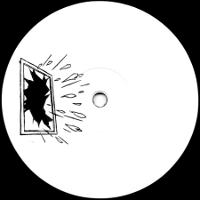 In many ways Ben ‘Lurka’ Tregaskes has been throwing down mutant bass signals way ahead of the current pack emanating out of Bristol. And yet this collaboration with Batu seems like an affirmation of what those in the know have felt for ages; that Lurka is a producer with fearsome clout in this wild and weird landscape where dubstep once stood. The gloves are off on this assured three track opening gambit from Lurka’s new Fringe White label, as devastatingly on-point production meets with that emotionally ambiguous style where melodic hooks are set to unease and the effects processing is completely out of control. Veering between chaos and control with an effortless grace, Lurka and Batu bring their best to the table for this unmissable slab of UK realness.
Listen/buy vinyl

When it comes to icons, the electro scene has few as widely loved as Egyptian Lover. The initial impression the 808-toting veteran gives off is a tongue-in-cheek celebration of sleaze and a strict musical formula, but there’s much more to the man than that. This mammoth four-LP compilation, put together by Stones Throw, gives any fan access to every essential Egyptian Lover jam they could crave, from mega-hits such as “Freak-A-Holic” and “I Need A Freak” through to more niche cuts like “I Cry (Night After Night)” and “Computer Love”. This collection is all culled from his ‘80s prime, when you couldn’t find any electro fresher than this. Just listen to “Yes, Yes, Yes” with its dystopian undertones and Kraftwerk wobbles – this is how electro should be done.
Listen/buy vinyl 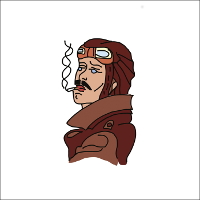 Capturing everything wonderful about music emanating out of Glasgow right now, Junto Club return for a second EP of wayfaring wave music that reeks of the same freaky energy that has been touching Golden Teacher and all the other awesome music to emerge from behind The Green Door Studio. With the tradition of the Factory bands behind them and the wild outboard processing times we live in right now, this four-piece take their own dogged path through danceable grooves from the attitude of a band rather than a production outfit. These are proper songs that happen to be particularly appealing to get down to, often teasing as much as they deliver (check “Look Down” for instance). In some ways the vocals call to mind Lux Interior, so if you can imagine The Cramps getting into ‘70s electronics and mutant disco and it sounds appealing, then this is the record for you.
Listen/buy vinyl 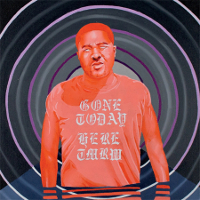 After that stellar Sound Signature drop earlier this year, Birmingham, Alabama native Byron The Aquarius lands on Kyle Hall’s Wild Oats label in a woozy haze of low slung, funky ass tunes from downtempo treats to house-minded beats. The opening track could sit comfortably next to the likes of Sa-Ra Creative Partners, while the peppy strut of “Moments In Life” is more on Rick Wade’s tip, but these reference points are half a step away from Byron’s own personality which shines through the music in abundance. There are times the cosmic qualities ramp up as on “Space N Time”, getting a little of that Sun Ra magic in amongst the smooth bluesy keys, and there’s space for some life-affirming broken beat as well. Every track has its own story to tell, and each story is a joy to absorb. What more could you ask for from a six-track EP?
Listen/buy vinyl 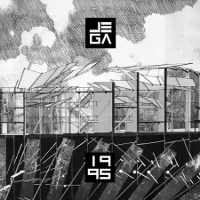 For avid followers of British electronica, especially those glory days of Warp, Rephlex, Planet Mu et al, Jega is an artist held in the highest regard. Spectrum and Geometry were pinnacle albums for those late ‘90s / early ‘00s years, and so fans were beside themselves when in 2009 the Manchester-born musician delivered the expansive Variance LP. Now Skam, the first label to carry his wares back in ‘96, present a stunning collection of archival delights unearthed from forgotten tapes from Dylan J. Nathan’s earliest days of production. There’s definitely some distance in terms of studio polish and complexity when you consider the breakthrough Planet Mu albums, but the simple elegance of the drum programming and the heart-rending melodies more than fill in the gap. The same beautiful spirit lingers in these unearthed gems as any Jega material, while sitting on the ears in a pleasingly uncluttered way. If there’s one thing years of hyper-detailed digital production have taught us, it’s that sometimes the best ideas are the simplest ones.
Listen/buy vinyl 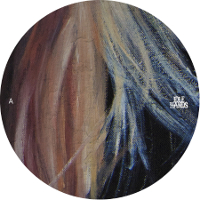 The tale of Larry McCarthy gets more diverse and unpredictable by the minute. From those early Bruce jousts on Hessle and Livity through to the more recent jousts on Hessle and Livity, the Bristol-based artist has proven to be quite the slippery character. His tracks can certainly slam when they want to, but equally they can twist on their head and take a completely unpredictable turn at times as well. Prepare to be confused once more, as this new three-track record for Idle Hands presents even more unusualities from the one they call Bruce. This time around, there’s a greater emphasis on heartfelt melodic content, from the emotive chimes that call out through the title track to the billowing ambient drifts on “Waves (For Yasmin)” and the winsome reflection of “Summers Gotta End Sometimes”. It’s a thoroughly accomplished diversion into more mellow, contemplative pastures for Bruce, adding further clout to his ever-exciting development.
Listen/buy vinyl

asda – The Abyss (No Corner) 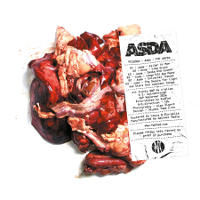 The Young Echo alumni continue to pop up in all sorts of interesting configurations and affiliations, from regular trips to Blackest Ever Black to lauded ambient excursions and all manner of madness in between. However, they surely save their wildest material for their own turf, and No Corner can surely be considered an extension of the collective with core members at the helm and contributing. This time around Vessel and Chester Giles have splattered out a messy new record as asda, fusing the former’s rambunctious production style with the latter’s laconic poetry. The Abyss is a striking record that moves between a dizzying mixture of short vignettes and longer pieces that can at times seem poised and considered, and at others utterly wanton and wild. That’s largely thanks to Vessel’s dexterity as a producer, but the blistering sonic arsenal is wielded as a perfect aide to Giles’ wonderful, bittersweet tales and observations.
Listen/buy vinyl

Willie Burns – Where Has The Love Gone (Ultimate Hits) 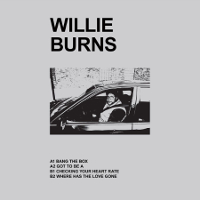 After choice releases from Max McFerren, Bryan Kessler and Peder Mannerfelt, Willie Burns is next up for Ultimate Hits with some proper rowdy club business for the mixers out there. “Bang The Box” is as upfront and tracky as you could hope for, while maximizing on a robotic vocal sample for simple and deadly dancefloor dynamite. “Got To Be A” is a more balanced affair with some heartfelt keys over the pumping jack beat, and “Checking Your Heart Rate” too seeks to match energy with emotion as pleasant chords shimmer over a peppy breakbeat in an unfussy fashion. It’s not all body workouts though, as the title track is on hand to cool the feisty EP off with a reflective ambient piece that sports more than a little ‘90s chill-out room charm in its choice of samples and synths.
Listen/buy vinyl 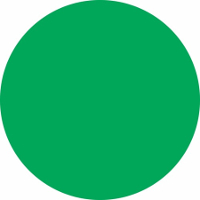 Pinch’s second label has been reliably on point when it comes to approaching new talent. We first heard of Batu through Cold, and Ipman and Acre have equally been plying a unique trade betwixt industrial techno and monolithic bass content, so by this stage we can dive into the debut release from W3C with a certain amount of confidence. Sure enough the new producer doesn’t disappoint, presenting a dense and immersive listening experience with many different sides. One of the stand out tracks is surely “Bile” with its submerged menace, placing atmosphere and tension above any need to be obviously heavy. That’s not to say there are no bangers on here though, as “Prometheus” is clearly crafted to blow a hard-hearted dancefloor to pieces. With savage sweeps of metallic sound design and constant dynamic shifts, this is exciting (if somewhat terrifying) dance music right on the cutting edge.
Listen/buy vinyl 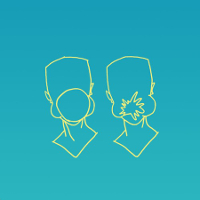 Three years after his last full-length outing, Andrew Field-Pickering teases his way back to the LP format by way Boost, dropping his first major release for 2016 in fine style. As ever the charm with the man formerly known as Maxmillion Dunbar is in the meandering nature of his music, where electronic equipment seems to bend and buckle to an impulsive muse more commonly felt with organic instrumentation. Just try finding a logical foothold on the wonderfully swooning “MJAX” as it careers around corners too quickly without sounding in a hurry whatsoever. There are cascades of elegiac beauty to be found on “A Billion Drops In Space” and snapping electro goodies galore on “Rhythm Automator”, while “Hummingbird” is a track hell bent on leaving you trailing behind its alien groove. Attempts to understand would be futile, this is a record best left to feeling instead.
Listen/buy vinyl