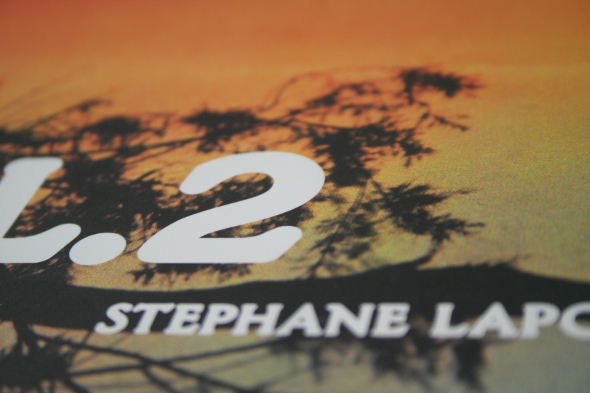 Antinote has many facets to its aims as a label, but there are definitely times when it seems Zaltan and co. are keen to champion a very French kind of electronic music. Nationality-based musical definitions can be cringeworthy at best, calling to mind the right wing jack-boot of British Oi! punk or German oom-pah band pastiche, but you can’t deny that electronic music from France has often had a personality that could not come from anywhere else. In Antinote’s case, sometimes the artists don’t even have to be French to fit this bill. Just listen to Latvia’s finest, Domenique Dumont, with their bright and breezy Gallic pop. Syracuse too ooze Parisian lounge lizard sophistication, and Geena’s chunky hardware house movements sports a special kind of flair. 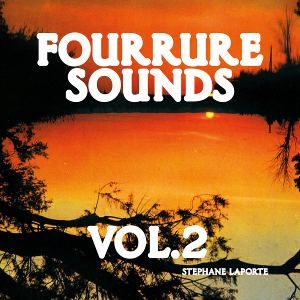 On the first volume of Fourrure Sounds, Stéphane Laporte seemed to be tapping directly into the heritage of Bernard Fevre and the cosmic disco greats of late ‘70s France, all rich and whimsical melodies loaded up on romance and ready to spin in space. It wasn’t a disco record by any stretch, but the spirit in the synthesisers was redolent of that golden age for electronic experimentation. As we move on to Volume 2, it’s logical to assess what has changed. The instruments sound much the same, as warm and fuzzy as you would ever need your analogue synths to be, but the construction of the tracks seems to have leapt forwards into the future, with thrilling results.

“Sound 23” gleefully demonstrates this fact in an instant, opening up this mini-album with a vigorous electro march powered by gluttonous drum machine hits. Around this mulchy beat, a fine array of tones bleed into each other with a woozy glee, all sunny dispositions and lazy Sundays in their laconic characters. The bleepy lead notes are the most obvious bridge back to the delights of the previous record, but they sound completely repurposed in the modern cut and thrust of the surroundings.

Even “Sound 23” sounds a little dated when pitted against “Ossature” however, as rapid-fire footwork ripples out into a pool of echo chamber processing. The speed and accents of the programming on the track are truly futuristic in the same way all contemporary juke and footwork is, yet Laporte pulls off a stunning time-slip trick by adopting this approach through vintage equipment. As such a ‘70s sci-fi nostalgia tints the edges of this fast-forward, and makes the uptempo drum noodlings sound more warm and comforting than your average syncopated 180 bpm banger. With gloopy delays and reverbs, and twirling arpeggios, this is a truly remarkable bridging of eras within electronic music at a time when most connections and crossovers seem to have been made.

“Border” by way of contrast takes that pacey attitude and makes it sound more obviously archaic, all modular tap drips, ominous drones and punky clangs that sound fantastic if less revolutionary. There’s an important point to be addressed there too, as even the less outrageous tracks on Fourrure Sounds Vol. 2 are outstanding simply through the quality of the sounds. “Dispositions” is one of the highlights of the record, of a more temperate house construction but woozing with just the right pad hum and starry-eyed leads to make for a perfectly frayed warm up jam.

It’s only on reaching the ambient tracks at the end of the record that the whiff of France can be felt more obviously. On this second volume, Laporte has taken his pelt of tones into a less earthly place, and made some stunning, strange and seductive tracks in the process.