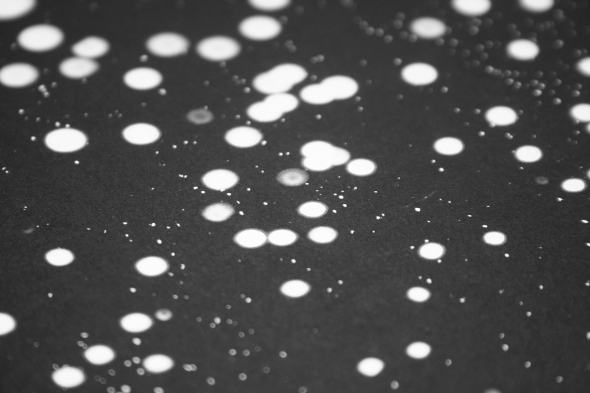 Hailing from Okinawa, now-Tokyo-based producer IORI once cut his teeth as an assistant for David Mancuso’s revered party, The Loft, in New York City, where he learnt a meticulous sonic mentality from his audiophile mentor. This permeates his carefully-handled arrangements, which have helped make his name and define a series of spacey, atmospheric originals and remixes for proponent imprints like Phonica and Prologue to name but a few. Two years after his floor-focused, full-bodied contributions to the Collection compilation, he makes a return to Field with his second album Cold Radiance, throwing himself into an almost beatless excursion. It is an answer to the Dutch label, which called for IORI to explore his experimental and ambient side. 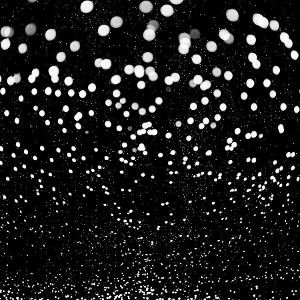 For an artist that has released immersive and spacious pieces, Cold Radiance is a logical continuation of his extensive career as a producer. Since his striking 2009 debut, Galaxy, which took its cue from Basic Channel and Manuel Gottsching, the Japanese producer has developed an immensely expressive dubbed-out sound in his own right. The first culmination of that is 2013’s excellent Nexus album for Bitta, a label owned by Far Eastern rising star DJ Nobu, seeing his ambient productions sit nicely with his hypnotic dance tunes. And here, his meditative touch has grown into a fully-fledged album where he skillfully merges mesmerizing materials.

“I was trying to make an aerial sci-fi movie soundtrack,” says IORI. Indeed, he puts his money where his mouth is with these eight outer space slow burners. The album sets off on a galactic voyage with “Transmission,” an ominous prologue that pulls you into a pitch-black magnetic field, whose static drifts gradually coalesce into a pulsating entity. This approach continues on “Distant Planet,” which is built around a swirl of filtered noise with clattering fragments that dissipate into reverberated oblivion. Passing those moonlets, the view becomes widely clear on “Ascending,” which coasts through on fluctuating acidy throbs, a hallmark of IORI’s hypnotic work. With no beat, their subtle twists are brought to full effect, submerging you in a repetitive, mesmeric spell. The sole track with kick drums here, “Passage” plays a great role in providing a welcoming sonic contrast, and a gentle swell of pad, while drawn to its ear-scratching buzz, unfolds a drowsy electronic soundscape to float upon.

Things get more ethereal across the other half of the album. The blissful arpeggio of “The Fountains” draws a steady three-note pattern set against a shimmering swoosh that is swept by a glorious filter tweak into far-flung space. Throughout “A Fall of Moondust,” you can bask in a misty blanket of intergalactic synth particles, its slo-mo lifelike development celestial, not to say awe-inspiring. On “Voices of the Sky,” a similar quality is combined with a faint percussive burble that sets the stage for IORI to let off oscillators in response to contact with an alien language, revealing his unconventional playfulness. The closer, “Purple,” is like a disorientating offshoot of “Ascending” with a persistent polyrhythmic synth twine brought to the fore. It all blurs the contours towards the end and leaves you with a lasting afterglow.

Eschewing the club-orientated perspective, this album certainly proves IORI’s expressional depth and does justice to his artistic intention, his acute ears for spellbinding details standing out in sharp relief. It’s a good omen for future productions by one of the most promising talents in recent years.

A1. Transmission
A2. Distant Planet
B1. Ascending
B2. Passage
C1. The Fountains
C2. A Fall Of Moondust
D1. Voices Of The Sky
D2. Purple