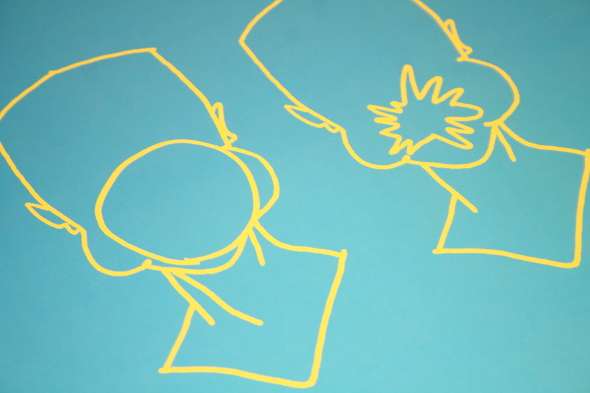 It may have been three years since Andrew Field-Pickering’s last full-length excursion, the RVNG-released Woo, but the Washington D.C-based producer could hardly be accused of slacking. In that time, he’s released a series of 12” singles expanding on his now familiar skewed, new age-influenced, leftfield house template. These have included a dash of sweaty, rave and jungle-influenced madness for Hot Haus (“Highlife”), an EP of out-there ambient jazz for The Trilogy Tapes, another collection of fizzing drum machine jams under the Dolo Percussion alias, a deep and picturesque broken beat excursion on Berceuse Heroique, and a typically eccentric, Detroit techno influenced outing for Off Minor. As if that wasn’t enough, he also found time to explore experimental electronica, jazz and ambience for PAN as band leader of the acclaimed Lifted collective.

This all makes Boost, his third solo album under the Max D pseudonym, an intriguing proposition. While his core sound has clearly evolved and been taken in a number of differing directions over the last three years, Field-Pickering’s aural trademarks – the loose, almost live-sounding, jammed-out drum machine rhythm tracks, darting melody lines and cheap, mid-‘80s synthesizer settings – have largely remained. Because of this, it would be fair to expect that Boost will fit neatly into his catalogue, while potentially offering a wider palette of sounds and rhythmic styles than previous full-length excursions.

Certainly, Boost has a bolder, more confident feel than Woo. While that, too, had moments of fizzing up-tempo brilliance amongst the ambient interludes and woozy, tropical-influenced synthesizer workouts, there was nothing quite as surging as the heavy, distorted drums and far-sighted Detroit techno influences of the funk-fuelled rush of “Rhythm Automator”. There was little as deep, rich and spacey as closer “Wave & Particle”, which sees Pickering move further towards classic techno pastures, while retaining his usual sense of percussive mischief. Even “MJAX”, which is closest in feel to Woo’s more forthright moments, is wonkier and more bass-heavy, with Field-Pickering alternating between throbbing intensity, experimental oddness, and good-old fashioned melodiousness.

Of course, the album still boasts cuts that could have slipped effortlessly into his previous albums. The loved-up rush of “Bubblegum” – more obviously influenced by his early, beat-making excursions on Ramp Recordings – is as cheery and ear-catching as Field-Pickering’s most notable works, while “Inspo (Ambient Mix)” feels almost neo-classical in composition, despite the presence of his usual fluttering motifs, and eyes-closed synthesizer parts.

Arguably the album’s two standout moments, “A Billion Drops In Space” and “Hummingbird”, are those that subtly twist his now familiar approach. The latter is particularly potent, sounding as it does like Woo’s humid electronica being twisted into thrillingly deep, space-jazz shapes, while the former is little less than a smile-inducing blast of simple positivity. Propelled forwards by a wave of cheap sounding drum machine cymbals and Seabiscuit-era Spacetime Continuum chords, its’ allure is enhanced by Field-Pickering’s impeccable use of piano. Somehow, it sums up the sheer joy of listening to the Future Times boss’s distinctive musical output.

A1. Bubblegum
A2. MJAX
A3. A Billion Drops In Space
A4. Inspo (Ambient Mix)
B1. Rhythm Automator
B2. Hummingbird
B3. Wave & Particle