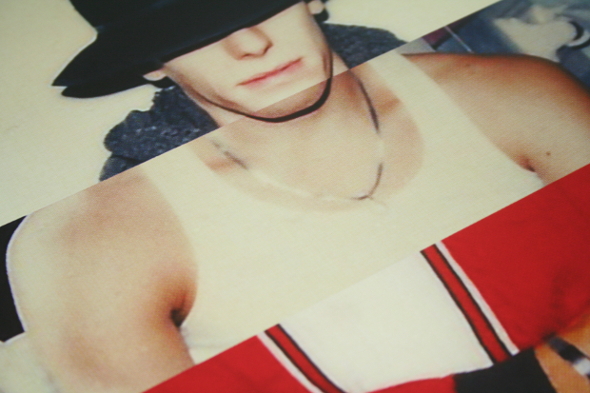 Another exhaustive archival trawl from Vinyl-On-Demand leads the way in a week where records from Posh Isolation, Cititrax and Lawrence stood out along with 12″s by December, Tom Boogizm, Leo Anibaldi and Honey Soundsystem. 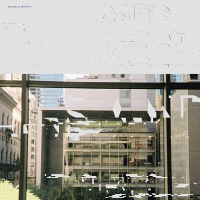 Connect the dots of Martin Herterich’s discography and you’ll discover a producer with history. With cassette releases scattered across a patchy terrain of obscure labels, Herterich has proven drifting around in the world of uncharted tape music will eventually get you somewhere. With cassettes on iDEAL Recordings, Fang Bomb and Not Not Fun, Herterich’s music as Broken Lights was snapped up by Posh Isolation in 2013, followed by another tape on Varg’s Blodörn in 2014. It’s here you can trace the connection with Copenhagen’s Posh Isolation who have given Herterich’s Sand Circles project an illuminating reissue by committing the 11 sombre, pop-tinged instrumentals of the Motor City to vinyl. It’s music that really hits the sweet spot when it comes to that Swedish style of melancholia which fuses night-driving wave music with lo-fi synth funk and dusty drums reminiscent to the sound of Huerco S’ debut LP Colonial Patterns. And for some extra heat, Posh Isolation have also commissioned Abdullah Rashim and Astro:Dynamics artists Quiltland and 1991 for remixes alongside some slo-mo industrial from Posh’s own Yen Towers collaboration.
Listen/buy vinyl 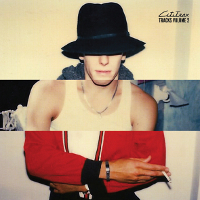 There comes a point in a genre’s popularity when everything can start to sound too similar; this, they say, is saturation point. From a media standpoint we’ve seen the reverb of industrial techno trail off into the distance and watched the hype of instrumental grime sink back into the pavement, however this shouldn’t take credit away from those who unconditionally ply their best known trade. When it comes to digging up rare (and loved) wave music to releasing contemporary, retroverted industrial, EBM and techno, Veronika Vasicka is one of the trailblazers. With no trends to set or follow, the music which does surface on, in this instance, Cititrax, is nothing short of quality and Tracks Volume Two goes in hard. Shanghai-based producer Tzusing, who featured on Tracks Volume One, is invited back with a high voltage epic “Nonlinear War” and L/F/D/M weighs in with some pounding techno to match his Optimo Trax debut. Silent Servant is in reduced form here, washing out his mix of up front bass with French producer Maelstrom dropping wild card track “Lithium”. Such killer artwork too.
Listen/buy vinyl

Some serious trawling of Italian techno legend Leo Anibaldi’s discography has been dropped this week with London’s Future Primitive label leading the expedition. Alongside Lory D, the name Anibaldi is one producers like Donato Dozzy and Dino Sabatini feel indebted to for helping craft a deep and brooding style of techno quintessentially Italian (although now it seems the Scandinavians have caught on). Future Primitive is run by Milo Bragg who’s been Juno’s foremost techno buyer for more than a decade now. The amount of music that’s passed through his hands, and ears, during this time is, to say the least, more than most and after much deliberation he’s exhumed two unexploded Anibaldi bombs from the deep. The first is a stretched edit of 1994 sleeper “Fusion 1” that’s been lifted from the Aeon EP originally released on the now defunct Italian label ACV, while Bragg fills the B-side with a personal favourite “Evocation Part II” from Anibaldi’s Void LP that was originally released on Aphex Twin’s Rephlex label in 1996. Can you dig it?
Listen/buy vinyl 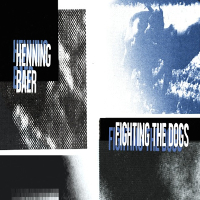 Henning Baer is on the rampage at the moment and his battering ram is Manhigh, a new label venture he’s launched in lieu of his K209 endeavours with Milton Bradley. Sitting on a slightly different-sounding trajectory from his productions with Sonic Groove, Fighting The Dogs feels as though Baer is entering a new phase of production. There’s a lot to be found in the music and it’s all rather Berlin. Smatterings of early Ostgut Ton can be heard in “Moving Ground” (ie Marcel Fengler’s “Razkaz” or Klock’s Bones & Strings Rework of Kerri Chandler’s “Pong”), while the title-track is a Gatling gun of claps, bass drums and computer bleeps. Lead cut “System Test (Nsdxit)” perfectly combines science-fiction motifs (think Terminator 2) with militaristic explosions of washed out bass shudders, and for that extra heavy whoomp of techno, a Blawan remix makes the A3 cut which is the best thing we’ve heard from Jamie Roberts since his debut Ternesc 12”.
Listen/buy vinyl 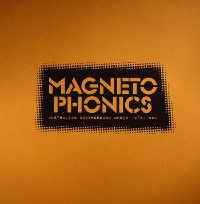 If there’s a label to make your music knowledge feel dwarfed and insignificant, it’s Vinyl On Demand. So much so it should be considered more of an archive than ‘imprint’. The unsung hero of it all is the unrivalled Frank Maier – this man needs a medal – and over the past 12 years he released such a vast array of music it’s become unfathomable. Maier’s knack, if you can call it that, for putting together all encompassing boxsets comes together again on Magnetophonics: Australian Underground Music 1978-1984. Its first four discs are entirely dedicated to Severed Heads – this after releasing the five-disc Severed Heads ‎Adenoids 1977-1985 compilation in 2008 – which should have Tom Ellard devotees desperately scrambling for the ‘buy now’ button. This leaves 10 more records, yes ten, of Underground Australian music to be explored without a single name we can recognise – should be fun.
Listen/buy vinyl

Out there in the thick of the new grime-indebted vanguard lies a circle of producers breaking the rules and turning out surprising results time and time again. Rabit could fairly be considered at the forefront of this movement, and his Halcyon Veil label is equally testament to this fact. Ensuring that the commentators are left scratching their heads even more at how to define this unbridled expression of creativity, Conspiración Progresso is here with a cast of six characters that equally bow to no genre trope in the pursuit of rave futurism. DJ Nigga Fox is something of a recognisable name these days, and his “Lento Violento” bucks and sways with a boisterous energy, but elsewhere the producers are less familiar. The anonymous entity responsible for the B1 slice of unhinged electro abstraction should get a shout out, even amongst such stuff competition. This is a record for the truly adventurous dancers.
Listen/buy vinyl

Peter Kersten is one of those artists who yields constant heartwarming pleasure from his ability to be both consistent and surprising in equal measure. You always think you know what you will get with a Lawrence album, and this time around we’re on his seventh full-length effort, but there’s always a twist in the tail for every assured step in the deep direction. The opening track “Marble Star” is a fine case in point, strutting out in a strain of cosmic disco that comes draped in a shroud of mystery. It’s not quite what you predict, but it still moves with that elegance that has always graced Kersten’s productions. There are plenty of other sides to this record as well, from “Joy Ride”s crooked groove to the delicate electro of “Ava”, but melodic beauty is still the star of the show here. Long may Lawrence continue to deliver such subtly unexpected delights for our delectation.
Listen/buy vinyl

Not to be confused with the mid-‘00s minimal techno label, Tom Boogizm is in fact a Manchester-based operator responsible for party promotion and a couple of cassettes in Pariah Caste. He makes a sure-footed step out on Ono with the wonderfully titled Posh People Make Me Ill 12” and instantly makes you wonder where he’s been hiding such talents. The diversity on this release is admirable, swerving from spacious synth meditations to blustery soul licks and on to Autumnal piano n’ bass like it ain’t no thing. He’s clearly an artist with many different musical passions, and he renders each one of them in a captivating fashion. There’s languid Low-esque guitar to be found on “Sebokeng” and creepy minimal rhythms lurking on “8Taa!”, deathly gutter bass on “Punishing” and jittery footwork styles on “Platt Bridge Hit Squad”. This is the sound of a musician operating in his own sphere of interest and making it interesting to those outside of it.
Listen/buy vinyl

Tomas More has landed in all the right places in his emergence as December. First off he visited the Blackest Ever Black sublabel A14, shortly before moving on to Where To Now?, In Paradisum and now over to Jealous God. If ever your choice of labels was going to hint at your style, this would be a strong case in point. More is sounding in great shape on this outing, the compacted oil slicks of rhythm on “Exponential Growth” being a particular stand out element. There are some rougher edges too, such as on the industrial cycle of “Greed Happiness” and the rowdy acid techno pirouettes of “Civil Duties” but even such ferocity is balanced out by poise and atmosphere. “De Monstris” is a wonderful parting shot that cools off the club intensity for a brooding piece inhabited by beyond the grave vocals, a real Peter Cushing does electro number.
Listen/buy vinyl

With their parties becoming ever more infamous thanks to some widespread press support, it seems a wise time for the Honey Soundsystem posse to be capitalising on this momentum and pushing some more quality music. Their label has been going for some time, dropping records intermittently from Patrick Cowley reissues to productions from the crew themselves. Justin Cudmore has popped up but once before on vinyl, contributing to a various artists 12” on Deep Club last year, but now he has a chance to stretch his acid loving legs with the classically shaped pump and squelch of “Crystal”. It’s a confident blast of peak time club workout tackle, hitting heavy in the low end and flying plenty of playful sonics in over the top to great psych-out effect. Mike Selvito brings a more scuffed, lo-fi approach to his “730 reshape” of the original, while G Haslam amps up the 303 action and delivers a Trax-worthy rough and ready version.
Listen/buy vinyl