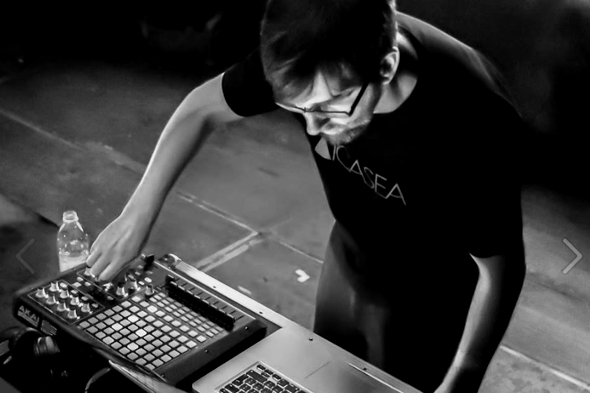 Mycology from the Bleep43 mainstay will arrive on the German electro outlet next month.

There is a measured approach to production from Bleep43 man Emile Facey; he has been producing and releasing electro as Plant43 for a decade now but clearly chooses when to release his music wisely. A reflection of his standing within electro can be found in the storied cast of labels he has worked with over this time; Shipwrec, Frustrated Funk, Semantica, TRUST, Central Processing Unit and the now-defunct Ai Records among them. Nestled in there too are German electro enthusiasts AC Records whose low-key approach has attracted contributions from Koova, DeFeKT, Morphology in addition to Plant43.

After debuting on AC Records back in 2012, Facey returns next month with a second Plant43 offering in the shape of Mycology. To overcome the lack of any press materials from the label, Facey was kind enough to explain the four-track 12″ was a chance for him to explore his interest in the biological study of fungi. “I’ve been fascinated with mushrooms for a while now and have been on a foraging course recently. Every track on the record is named after a type of fungus. They’re English names rather than the Latin, and they make really good song titles, I think.”

Facey adds two of the tracks featured are finished versions of music originally recorded for a live performance at Berghain last year, whilst the artwork for Mycology is based around some fungi imagery crafted by Dutch multimedia artist Mariana Oliveira. You can watch a video for opening track “Crowned Earthstar” below to get an idea of how these fungi themes transfer to the music.

AC Records will release Mycology by Plant43 in May. 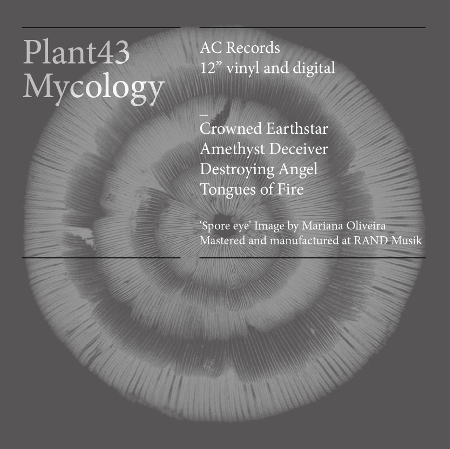 A1. Crowned Earthstar
A2. Amethyst Deceiver
B1. Destroying Angel
B2. Tongues of Fire