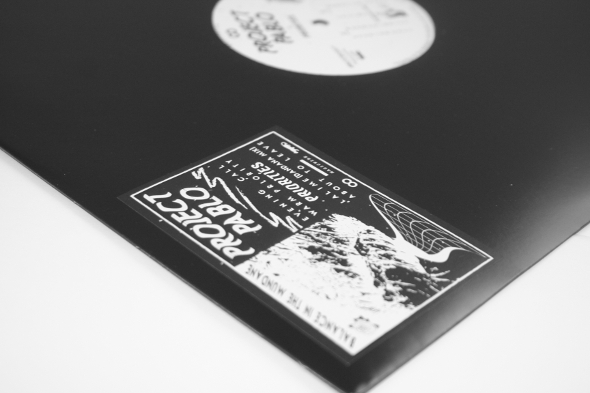 Project Pablo’s debut album, I Want To Believe, won a lot of hearts. Though composed of familiar elements, his chunky blend of warm house grooves and rich instrumentation was curiously singular. It still stands as one of 1080p’s best releases to date. Since then he’s put out some new material on Church, featuring on a V/A 12” and a collaboration with Wolfey, but neither quite recaptured the impossible balance of chill and funk of his debut. Now Pablo, who walks the streets as Patrick Holland, has arrived on Lone’s Magicwire label with Priorities, and he’s at the top of his game once more. 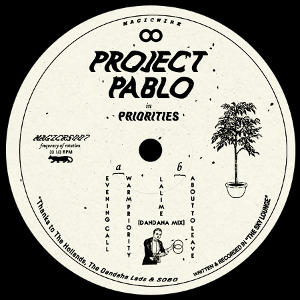 The music Holland makes isn’t that dissimilar to the housier contemporary output from Peoples Potential Unlimited or the more soulful corners of Mood Hut, and at first it’s hard to pinpoint why he stands out. His melodies are unusual in their loving warmth, and he leans more heavily on live instrumentation than his compatriots, but there’s something else. While much of the Vancouver sound operates with a weary, post-club glow, and the best future funk practitioners lean heavily on distortion and tape hiss, Holland doesn’t hide his optimism. It’s rare to hear a lack of irony or manipulation when a producer guns for happiness, but Holland pulls it off with a smile.

Little has changed since I Want To Believe; Holland still trades in gentle, live-feel drums and meaty basslines, spreading a few generous melodies over the top like butter. Those melodies deserve attention, too. They’re complex creatures which drift and coil, a far-cry from the one-bar loop that serves for a hook in most club tracks. Though they’re sophisticated, they retain the impact and instant earworm-status of the simplest motifs. “Evening Call” has the best of the lot, its generous keys counterpointed by swift flute trills like darting birds. “Warm Priority” shoots for the same target, its drums a smidge tougher, adding a summery guitar riff to the cocktail.

These are supremely relaxed songs, tuned for headphone listeners or the warm-up slot more than the peak crowd. “Lalime (Dandana Mix)” is more stripped, its opalescent synths illuminating a wandering bassline and loose, stammering drum-work. Final cut “About To Leave” is a new shade for Holland, a beatless ride over bittersweet keys and an elegant synth figures. It’s remarkable how much feeling he can evoke from only three elements here. It’s also a testament to what makes Project Pablo’s music stand out more than his musical nous or his trendy sound. It’s his sincerity.