Bruce – The Trouble With Wilderness 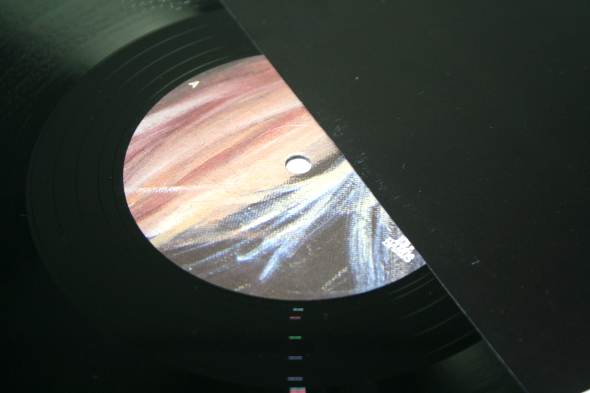 Larry McCarthy is irrepressible. In an interview with The Quietus, the producer known as Bruce revealed he had an epiphany during his last year of university: “I didn’t think about anything else other than getting releases on the labels I’d dreamed of being on.” Cue a powerful pair of records for Hessle Audio and Livity Sound’s Dnuos Ytivil sublabel. Now, right after his second Hessle release, he reveals a dubby mix of techno, dubstep and ambient sounds for Idle Hands. This is a trio of distinctly formed tracks, and each has an interesting novelty that’s hard to describe, a quality in-keeping with his previous material. One of the first things you notice is that the rough distortion you associate with Bruce productions has temporarily disappeared. 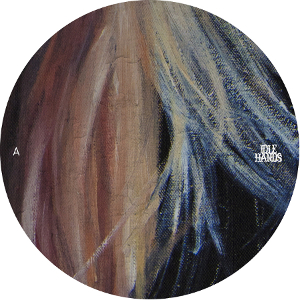 Until now it’s been present in every release; from the acidic, off-kilter pair of techno cuts for Livity Sound to the malignant, rickety skitter of “Steals”. This aesthetic made him a natural fit for the punkish aesthetic of Berceuse Heroique, which released his simmering Gramrcy remix on their Ancient Monarchy sub-label. On this record, the aesthetic is clean and sharp, except where the songs are so softly formed that the abrasive textures aren’t felt. The impulse to make bangers is no longer the guiding influence for McCarthy. The Trouble With Wilderness is specifically about a personal struggle, and its composition involved unloading the emotional memories of a breakup.

The highlight here is the final cut, “Summer’s Gotta End Sometime,” which comes from a similar place as recent Hessle B-side “Petal Pluck” and the brilliant Bruce remix of Creta Kano for Happy Skull. A ponderous, gentle weight treads through the track, like a heavy, peaceful footfall, gradually coming out of the peripheral. Humid melodic ambience seeps in, building into a phantasmic mist of colour; cascading, sugary chimes and held notes that glimmer like glass. It occasionally peters out, leaving a dramatic gap before a juddering chug kicks it back into action.

This absurd shattering of the fourth wall, reminiscent of Joe and Untold’s Hessle releases, has become a parlour trick of Bruce’s. Back in 2014, a sudden, feigned loss of signal added a surreal outer layer to the otherwise functional club loops of “Not Stochastic”. There was a similar duplicity to “My Legs Wouldn’t Go Quick Enough” – rusted distortion and neat, clipped simplicity two contrasting layers hammered together through studio cleverness.

The eponymous opening track admirably ignores trends, with mnml-esque plastic kicks and an off-beat, building block bassline – something not heard in Bruce’s sound since the first thing he put out – 2014’s digital-only “Through Her Window”. The warm, clipped beat, in its thumping progress is reminiscent of “Dexter”-era Villalobos, but emotionally more direct. Synthesiser droplets stretch out and reverberate as if falling into a silent cavern, and there are difficult silences that heighten the sincerity.

“Waves” is a beatless synthesiser creation, an impressive weave of emotion through sub, hiss and melodic drone. There is a touch of Burial’s influence, as well as Young Echo; its dub-clever sense of weight, the gentle manipulation of frequencies into a physical and emotional landscape. This is yet another work by Bruce that quietly makes a lot of new noise.