Renormalon will arrive on the Brussels label next month.

In the pleasantly unpredictable discography Fred De Chez has cultivated at the head of WéMè Records, you will find multiple entries from Drexciya’s Gerald Donald, which should be no surprise given the clear fondness for the form of electro shown by the Brussels label over the past twelve years. Donald’s WéMè bow came in the shape of The Drexciyan Connection, a 12″ that paired his Heinrich Mueller productions with music from fellow Drexciya icon DJ Stringray and the two have gone on to work together as NRSB-11 for the label. In amidst this, WéMè also scored some Der Zylkus material from Donald with 2012’s Krypton 84 12″ complemented by a contribution under the name for their WeMe10ans compilation.

There have been a trail of online breadcrumbs suggesting a substantial Der Zyklus offering was on the horizon for WéMè this year, and the label have now confirmed an album, Renormalon, will arrive next month. Coming some twelve years after the debut Der Zyklus album, Biometry, the six tracks find Donald collaborating with Dr Olga Karelkina and Elena Sizova to visually and sonically explore the principle of renormalon physics. A press release from WéMè continues, stating “each composition is separate component of the theory representing a particular phenomenon in the realm of quantum uncertainty. The observer is to be immersed conceptually and hopefully will experience discrete states of energy which is integral in atomic behavior.” You can hear the opening track from Renormalon below.

In addition to the standard black vinyl edition that will be widely available, WéMè are planning to sell a limited edition transparent vinyl pressing of Renormalon which can be pre-ordered direct from the label. 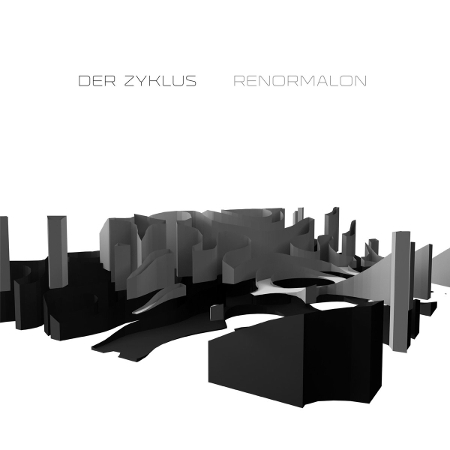