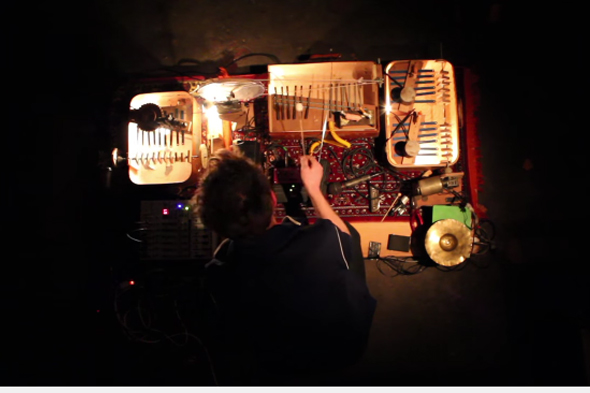 The mechanical compositions of Jean-Francois Plomb have been captured on Extraits.

We’ve been hip to the intriguing occurrences happening in the world of Editions Gravats since it was first announced. The French label helmed by Low Jack producer Philippe Hallais and Jean Carval has only issued a few releases thus far, but the sound has been consistently exciting and unpredictable, operating in a sphere where tribal incantations and noisy techno merge into a confrontational whole. Admittedly they’re not the only collective tackling such stylistic concerns – just look at the work of Harmonious Thelonious and The Durian Brothers on Diskant for further overtone-rich experimentation. However the Gravats crew certainly have a flair that is all their own, and the label takes another step towards shaping out their identity with an intriguing new release from JiFlure.

The brainchild of Jean-Francois Plomb, JiFlure is a performance-focused project based on intricate, ramshackle contraptions Plomb has built to generate cyclical, rhythmic sounds. As you can see in the live video below (recorded at Cafe Oto back in January), spindles, pulleys, cogs and mallets create the clonking, percussive sounds, with a little pedal processing and a few additional sounds thrown into the mix. As the accompanying text explains, the devices are carried in compressed cardboard suitcases and contain four mechanical sanzas (otherwise known as thumb pianos) powered by windscreen wiper motors. It’s a complex system that creates complex music, manifesting in four separate excerpts from live performances Plomb has carried out. Now Gravats will present these as an LP primed to land at the end of this week. 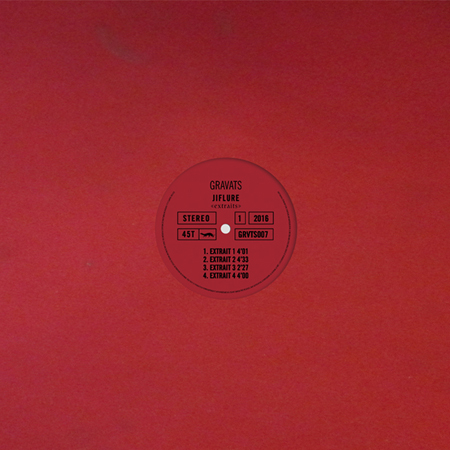