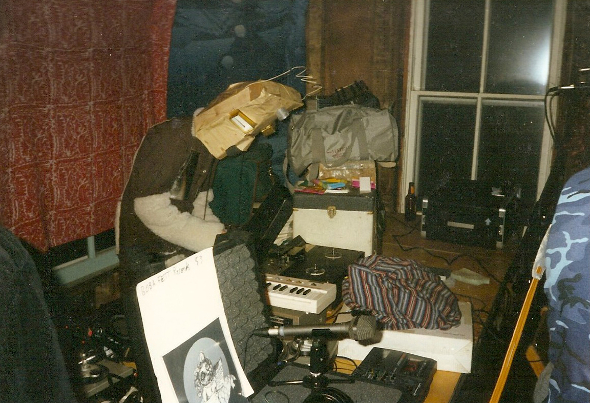 The producer’s mid-’90s era of activity is explored on the upcoming 2LP Source Cognitive Drive – Transmissions 1996-1998.

Gavin Russom and Ecstatic Recordings have previous together; the artist committed two fine 12″s to the label’s Entropy Trax division back in 2014 which seemed to inspire a new chapter of creativity in the one-time DFA mainstay. Since then, Russom has turned out fine records for L.I.E.S., Curle and Lux Rec and has a new Black Meteoric Star album in the offing for Traxx’s Nation label at some point this year. This burgeoning relationship between Russom and Ecstatic has made it possible for label co-founder Alessio Natalizia to rifle through the unreleased archives of material the US musician formerly made under the name Paper Eyes for a new album.

Paper Eyes was Russom’s creative outlet after arriving in New York from Providence in 1996 with the music described as a “visceral and overwhelming experience of an artist getting familiar with the data overload of a megatropolis and all its 24 hour thrills and poly- cultural topography.” Sounding and looking like a character from Julian Barratt and Noel Fielding’s absurdist comedy The Mighty Boosh, Russom’s recorded output as Paper Eyes is restricted to a sole production for a compilation issued by Dieyetribe Records in 1997.

The upcoming Source Cognitive Drive – Transmissions 1996-1998 suggests Russom took to the project with prolific abandon however, pulling together some 16 tracks from the mid to late ’90s. A press release goes on to draw comparisons with the likes of Container, Wolf Eyes and Carlos Giffoni and has Russom explaining the inspiration behind Paper Eyes project in the following detail:

You can stream “Synthesis Energy” from the album below for an idea of what to expect before Source Cognitive Drive – Transmissions 1996-1998 arrives next month. 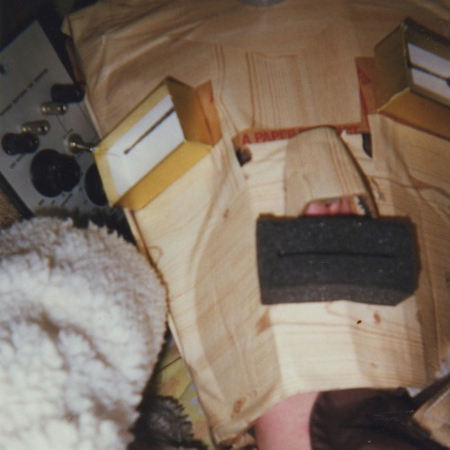