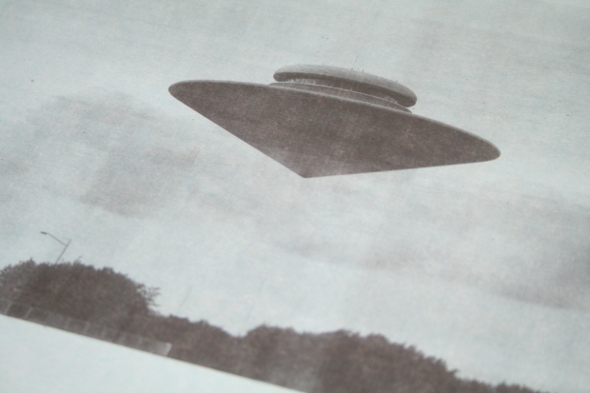 It’s hard enough keeping up with latest developments of your umpteen favourite artists and labels and collectives and scenes and sub genres and so forth, without even batting an eyelid at the more ambiguous or downright anonymous entrants into the great unending modern music surge. A casual pause for thought about the amount of hot new shit by first time artists coming out on little known labels is enough to send a devoted music lover into a mouth-frothing frenzy, haunted by the thought of that cult pressing being snapped up by perma-connected internet seekers, soon to be an ultra-rare classic of rarified perfection. 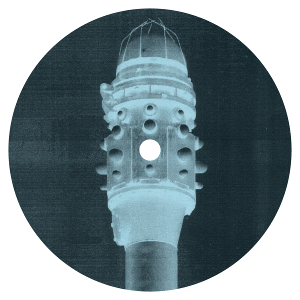 Perhaps this overload of information in the online exchange in some way encourages our hearts to open quickly to these exciting new discoveries when they come our way, even if the next dazzling new talent is just around the corner. This week’s instant swoon of who-what-when-where-why musical magnificence is Trux, hovering overhead like the fuzzy UFO depicted on the sleeve, promising all kinds of extra-terrestrial delights and delivering on said promise.

This self-titled eight-track debut is a varied affair that revels in the freedom of anonymity to push an agenda of whatever the hell the producer feels like. Don’t worry though, this isn’t at the expense of continuity throughout the record, and despite its swerves and sways this is a release that hangs together well. It all starts off in a thoroughly pleasant manner with the fluttering melodic interplay of “Aziol”, setting charmingly naff synth voices off in intricate sequences in an experiment that sounds like a cheeky twist on early ‘90s UK techno a la B12 et al.

From there we’re plunged straight into the aqueous delights of “Ada” with its billowing pads and static pulsing beat so subtle they may well have strapped lead to their ankles to sink straight past the Mood Hut gang on their way to the bottom of the Pacific (or whichever ocean should be most geographically relevant). While “Skarb” may sound like a logical follow-on with its equally swirling melodic refrains, it takes less than a minute before the script is flipped with some erratic jungle break choppage. The snare rushes fly out in a manner concerned more with confrontation that groove, and it’s quite an astounding success.

From that bumpy opening trio proceedings settle down into a more fluid expanse of mellow, blue hued electronics where the beats are kept at arms length and the melodies rarely step out alone. The synths themselves are a charismatic bunch, ranging from grainy overdriven tones to the most balletic of twinkles, not least on “Werk”. There is space afforded to submerged sample manipulation, adding further weight to those leaden anchors and keeping the record pleasantly under the surface.

The two exceptions to this aquatic aesthetic help to maintain the diverse spirit of the record. “End 1” may still move in gentle, emotive motions of synthesis, but the composition has a sunnier outlook that cuts through all that marine mist. Equally, brief final track “Temp” stands out with a sharp lead tone and twitchy array of sounds that feel like a shaker of salt in the woozy atmosphere, only to depart again leaving the brain thoroughly refreshed after a deep clean.

A brief collection of 30 minutes it may be, but Trux has successfully created the kind of record that overspills with personality, never repeats itself and somehow manages to maintain a cohesive spirit. Forget the naysayers, there’s a lot of this kind of music about at the moment, and aren’t we lucky that’s the case? It might be hard work keeping up, but therein lies the sport for every insatiable sonic appetite.