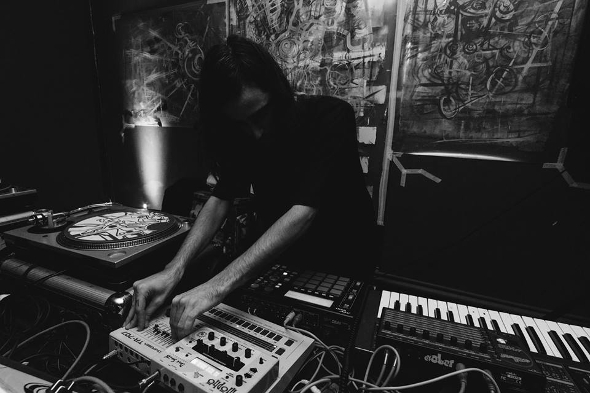 The Argentinean hardware mangler is back on L.I.E.S. duty – stream a track here.

NGLY came out of nowhere to score one of the tracks of 2014 in “Speechless Tape”, where haunted vocal samples hung in the air like a lost spectre over deep throbbing 303s and heaving delay. Sounding more like a lost relic from an obscure ’80s tape release, it ranked number 1 on the Intergalactic FM charts that year and proved so popular L.I.E.S. officially reissued the 12″ on their main label. NGLY has kept busy since then, popping up on the CCCP label, collaborating with Flo Kupfer as Swere as well as making a few covert appearances under other aliases.

His time has primarily been taken up with touring the rather impressive live set up you can see above, but it transpires NGLY has been cooking up some productions for a second release on L.I.E.S. A three-track 12″ is due on Ron Morelli’s label later this month and you can stream the funk-riddled DJ tool that is opening track “Psychosis #1” in full below for a taste of what to expect.