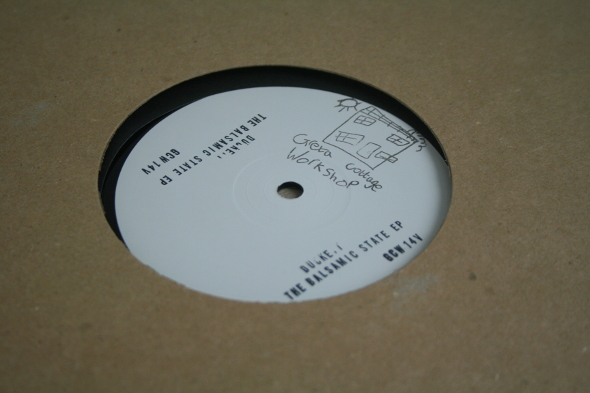 It’s not always easy to pin down the music of Ian Duckett. This is a relatively new concern for many, as his music was distinctly out of the limelight after a flurry of activity in the early-to-mid-‘00s. In some ways the two eras of releases feel like quite distinct entities, and while that’s not to dismiss his earlier work, there’s a truly magical quality to the relatively recent missives on UntilMyHeartStops (UMHS) and the salvo of live sessions that have surfaced online so far this year. Quite how the music came to be, where it’s from and where it’s heading is hard to fathom, and that’s what makes it so appealing. 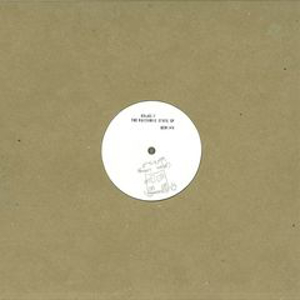 This quality was especially true of the pair of 12”s for UMHS, which afforded ample space for a range of different moods to be explored, not to mention the experimental bent of the label in question encouraging less than conventional results. Even if techno forms something of a constant in Duckett’s work, it feels more like a distant echo from a terraformed planet while the meat and potatoes of his sound pirouettes on the edge of the atmosphere.

The deductions are no easier to come by on the wryly-named The Balsamic State EP (titles are yet another of the Welsh producer’s strong points). This is not so much because the music continues to reach spacewards, but rather because the script gets flipped once again with a more earthly kind of deep house lilt. The warmth of Rhodes-esque chords lingering on the utterly sumptuous “Jackdaws On Astroturf”, the plastic parp of MIDI horns on “This Is How We Do It”, the gently funking beat throwdown of “Balsamic State Terriors” – all these elements come from a comfortable, familiar place where grandmasters of house music have passed before, and yet the music is far from as simple as that.

Take if you will the latter mentioned title track with its stabbing synth chords and crisp drum groove. Woven tightly in amongst those sturdy facets is a tumbling roll of what almost sounds like a gamelan phrase, while a sub-line comes in to follow suit with a purpose that feels positively psychedelic. Even if there are plenty of grab holds on the track, overall it’s a head-spinning, cyclical experience both alien and friendly; like the most optimistic of us hope an extra-terrestrial encounter will be.

Winsome EP closer “I Ain’t Seen The Cat For 3 Days Now” is a clearly unchained effort, reveling in the softest of percussion to allow the maximum space for expressive rivulets of melodic gestures to wander free. The lead peals through the mix with bold delight, but behind it hums an ecosystem of harmonic tones, steeped in nature but spoken through electronics. It’s the aforementioned “Jackdaws On Astroturf” that truly excels in this regard though, maximizing on a luxurious nine plus minutes over which to unfurl snaking sequences as though they were yielded from silkworms. From the insistent repetition of the polyrhythmic backdrop to the delicate freeform of the lead lines, it’s a wonder as celestial as it is well-rounded.

And so, there are no more definite answers on The Balsamic State EP. Duckett once more makes music of the most beguiling kind plough a furrow in your heart without tempering his experimental tendencies. It’s a confusing experience when one can be so used to polarity in music between the intellectual and the emotional. Like the work of someone such as Jan Jelinek or Fennesz, the great achievement of an artist such as this is in never being fully comprehendible whilst remaining a constant joy to listen to.

A1. Balsamic State Terriors
A2. Jackdaws On Astroturf
B1. This Is How We Do It
B2. I Aint Seen The Cat For 3 Days Now