asda prepare to plunge you into The Abyss 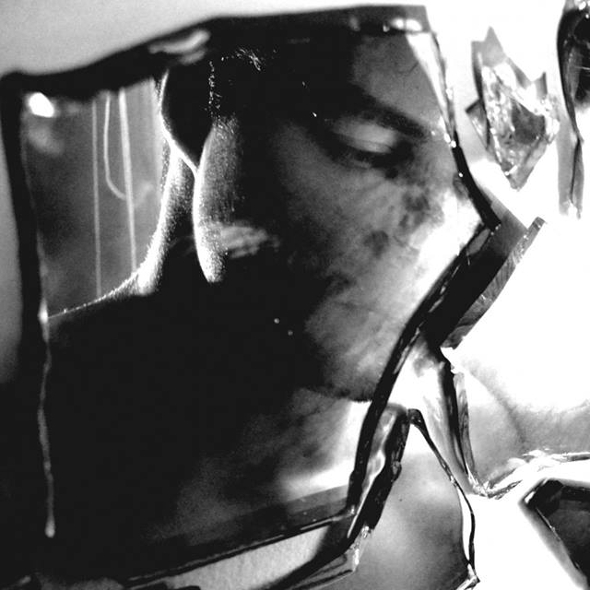 Vessel and Chester Giles bring their confrontational collaboration to No Corner.

You can never be sure what strain of No Corner you’re going to get next. It might be the playful, decorative cyberpunk-influenced techno of Lily or the bleak, dust-blown ambience of O$VMV$M. Late last year we were excitedly talking up the unearthing of forgotten post-punk dub champions Systemwide with the Provisional (Dub) single. The Bristol outfit is largely bonded to the Young Echo posse, having previously released music from Jabu, Kahn & Neek, El Kid and more besides, while the FuckPunk label also stalks in the middle distance causing a ruckus. With the likes of No Corner boss Ossia, Vessel (pictured above) and Chester Giles as asda all throwing in lairy samples and irreverent cover versions amongst other such antisocial noise, it’s in many ways the downright naughty cousin to No Corner’s own reactionary hoodlum.

Somehow asda have managed to kick their way out of FuckPunk’s bedroom and gained access to the stash under No Corner’s double divan, resulting in a six-track monster 12” entitled, somewhat optimistically, The Abyss. Vessel’s adeptness for rambunctious noise is well documented, whatever mask he dons, while Chester Giles has equally grown into a strong reputation for nerve-shot poetry aimed both inwards and outwards, and it seems that the tone on this new record plunges the pair even further into grim circumstances. As the lyricist himself pontificates, “the abyss is the unending banality of life and the emptiness of continuing to exist for no reason through mindless crushing pain and futility. I think maybe it’s about feeling vulnerable and fragile in a very raw way, like peeling off our skins and just standing there sore and bloody waiting for it to end.”

That no doubt goes some way to explaining the charming blob of fleshy matter that adorns the cover of the release. Meanwhile the information for the release comes forth on a cheeky knock-off receipt inserted into the sleeve. As always No Corner have the design aspect of their output as locked down as the music.

No Corner will release The Abyss by asda on April 23. 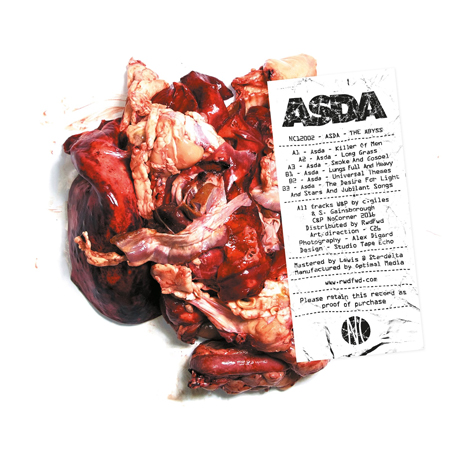 A1. Killer Of Men
A2. Long Grass
A3. Smoke And Gospel
B1. Lungs Full And Heavy
B2. Universal Themes
B3. The Desire For Light And Stars And Jubilant Songs