You don’t have to wait long for a new compilation of Adrian Sherwood-related gems to surface these days. The last such treat dedicated On-U Sound heads were given was the expansive Trevor Jackson Presents Science Fiction Dancehall Classics collection, which leapt into the considerable archives of Sherwood and presented a pioneering mesh of dub, industrial and electro that defines the most hard-hitting work in the UK producer’s canon. Meanwhile African Head Charge’s seminal LPs have enjoyed a reissue, while the Sherwood & Pinch collaboration has continued to bear fruit and on-point Japanese group Nissenenmondai have released their #N/A album. More than 30 years on and the label is as vital as ever.

One year ago the Sherwood At The Controls Volume 1: 1979 – 1984 compilation highlighted some of the early production work the On-U Sound boss undertook for Maximum Joy, Shriekback, The Slits and many more. Now the clock has wound forward to present Volume 2: 1985 – 1990, and as such the style shifts towards more electro based fare while still keeping one foot thoroughly in the dub. Amongst the gems released are vital mixes of Mark Stewart, Tackhead, The Unknown Cases, Pankow and Ministry, but there are also some previously unreleased gems included as well. You can score exclusive versions of Lee ‘Scratch’ Perry’s “Music & Science Madness”, African Head Charge’s “Hold Some More Version” and two fresh Dub Syndicate takes. Say what you want about reissue culture; there’s no refuting the value loaded in to these collections of On-U Sound history for newcomers and seasoned followers alike. 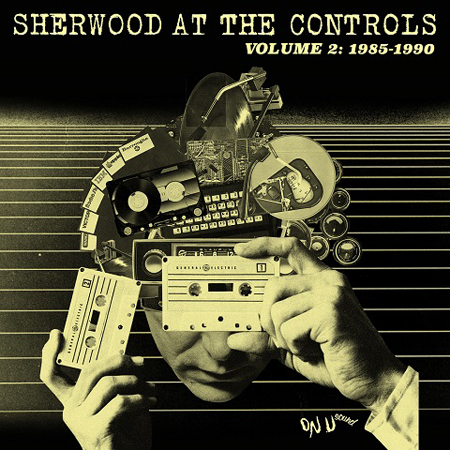